'City of Angels' is very different in style from the original 'Penny Dreadful' but is still quality television...

When he was a child in Mexico, in the early years of the Twentieth Century, Tiago watched his father and many of his co-workers burn to death in the fields and in the devastation he saw Santa Muerta (Lorenza Izzo), the angel of death cradling his father in her arms. When he tries to follow she pushes him away, but thereafter, he bears her mark. Years later, in 1938, Tiago (Daniel Zovatto) becomes the first American-Mexican detective in Los Angeles, a position that wins him few favours from his family or colleagues.

Life is hard, especially as the city plans to bulldoze Tiago’s community for the sake of a new freeway and the political powers-that-be for little for the consequences. Tiago is expected to stand beside his fellow officers and make sure the plans go through without trouble – something he knows isn’t possible given the passions involved.

But amid the social upheaval, far greater forces are at work, the demonic Magda (Natalie Dormer) is stalking the land and quietly causing chaos and conflict, stirring up hatred and playing to the darker aspects of humanity who only need the slightest push.

Tiago’s mother prays nightly to Santa Muerte for the safety of her son and deliverance from hardship, but when Muerte finally answers it comes as a terrible price and one that pits earthly brother against brother and demonic sister against sister… 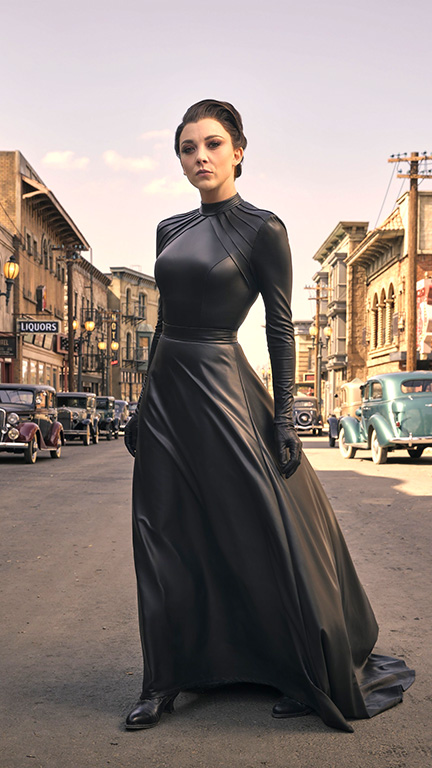 Showtime/SKY‘s Penny Dreadful was the 2013 series which took some of the classic characters and concepts of  Victorian and horror literature (Dorian Gray, Frankenstein, Mina Harker ) and weaved them together in a wider, gothic potboiler. It boasted a cast that included Eva Green, Timothy Dalton, Billie Piper, Josh Hartnett and Rory Kinnear and was generally critically well-received. However  after three seasons it was rather unexpectedly cancelled in 2016.

At the time of its cancellation there was talk of directly continuing the stories in some form but despite a comic being produced that included some of the characters, nothing came of on-screen ambitions. Now, however, there’s a spin-off of sorts – rather than a continuation – and one that moves its drama to the other side of the Atlantic.  Penny Dreadful: City of Angels, comes from the same creator, writer and Executive Producer John Logan, and was originally announced in late 2018. It finally debuts this weekend but as a very different supernatural spirit-animal.

In truth, while it may well appeal to fans of the original show, the Penny Dreadful moniker is something of a marketing convenience for a show that, frankly, doesn’t need it. Dripping in its own cultural touches of lore and mythology, it feels more like a stylistic standalone and proclaimed ‘spiritual descendant’ of the original and – given its balance of  supernatural/period-setting – perhaps has more in common with other anthology titles such as The Terror.

“We will now be grappling with specific historical and real world political, religious, social and racial issues. In 1938, Los Angeles was facing some hard questions about its future and its soul. Our characters must do the same. There are no easy answers. There are only powerful questions and arresting moral challenges,” Logan said in a statement when the series was announced and, true to his word, that’s exactly what he delivers.

Natalie Dormer (Game of Thrones, Elementary) has made a name for herself playing duplicitous, manipulative puppet-masters and that continues here in the extreme. She has the task of playing several roles – or more accurately different personas of the same role – and she provides one of the stylistic anchors of the show, demonstrating her acting ability as she slides between the vengeful goddess Magda and her ‘disguises’ as a flirtacious immigant, dynamic personal assistant to the rich and powerful (or who hope to be). It’s the more ‘showy’ of the performances, visually affecting and narratively delicious as  she pulls strings and exerts influence, her powers being in her whispers. Her opposite number and demonic sister Santa Muerte doesn’t quite have the overt range as yet, but Lorenza Izzo – as a forlorn and distant angel of death – certainly makes her mark and it’s entirely possible she’ll be just as impressive in scope by the time we’re done.

But perhaps the main star of the show is the city itself. Rendered by a mixture of set-design and subtle, heartfelt post-production effects, we’re able to see a Los Angeles that no longer exists but is realised here in great detail and at greater expense. It’s often more subtle than Westworld‘s world-building, but no less effective…

But for a show that could have concentrated on the two female leads with everything else less interesting, City of Angels gives us a ensemble of talent and interesting characters. Tiago (Daniel Zovatto) is, for the moment, our moral compass, a conflicted middle son of an immigrant family who is torn between that  familial loyalty and the greater understanding that life is inevitably changing – and not for the better. As the first Mexican American detective in the Los Angeles police-force he’s facing anger from both sides as he tries to navigate compromises and solutions and he becomes a pawn for both Muerte and Magda as their battle escalates, bringing tragedy in their wake.  Nathan Lane is the sardonic, but practical detective with whom Tiago is paired. He’s an almost-traditional mentor-type, but Logan’s script and Lane’s dry delivery give him some qualities of his own which enable him to steal every scene he’s in. Rory Kinnear – who appeared as Frankenstein’s Creature – in the original Penny Dreadful – reunites with Logan for a totally different role, that of Peter Craft who initially comes across as a caring, German physician but whom we quickly find is an active member of the Nazi party trying to dissuade the American public from ‘interfering in distant disagreements that don’t affect them’. It seems everyone has a story worth pursuing here.

But perhaps the main star of the show is the city itself. Rendered by a mixture of set-design and subtle, heartfelt post-production effects, we’re able to see a Los Angeles that no longer exists but is realised here in great detail and at greater expense. It’s often more subtle than Westworld‘s world-building, but no less effective and, one suspects, no less a strain on the budget, but like its hi-tech cousin, it’s worth the investment, giving a depth to the canvas needed to tell the story.

Sadly, that story of struggle, xenophobia, political chicanery and oppression, seen in so many aspects and scenes here, remain as relevant today as ever.

Penny Dreadful: City of Angels is currently showing in the US  on Showtime (Sundays, 10:00pm) and is due to be broadcast in the UK in July. 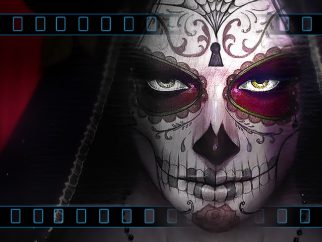