'The Walking Dead' continues its strong march back to greatness with another effective episode...

Alpha’s attack on the Hilltop has been devastating. As the buildings burn and the dead advance, there are casualties as the inhabitants find themselves divided from each other and each desperately trying to withdraw to an agreed rendezvous.  But the woods beyond the walls remain treacherous and no-one is safe from the dangers that lurk from both the Whisperers and the walkers.

And even as the Hilltoppers are hunted down, Negan appears ready to deliver the prize that Alpha most desires…

There’s nothing quite like watching what appears to be a post-apocalyptic nightmare unfolding and seeing how people rise and fall according to the stresses thrust in their way – but enough about the toilet-paper ‘shortage’ and the nightly news on the Coronavirus… the same could be true of the current run of The Walking Dead which appears to be firing on all thrusters since its return: offering a mixture of action, pathos and some genuine surprises along the way.

We left our heroes stuck between a rock and a fiery place as Alpha launched an attack that separated many of the Hilltoppers from each other – and that’s how we continue, with the main barrage of oil and arrows spent, but with people scattered and each heading to a rendezvous where they hope to find their loved ones. The structure allows us to follow several fateful journeys and decisions made: Eugene (Josh McDermitt) finally heading off in search of audio-ally Stephanie, Daryl searching for the children, Earl desperately trying to keep them safe, Aaron (Ross Marquand) and Alden (Callan McAuliffe) still doubtful of Gamma (Thora Hird) and her intentions… and with Alpha (Samantha Morton), Beta (Ryan Hurst) and Negan (Jeffrey Dean Morgan) still circling each other back at the Whisperers camp. Each gets their own time, victories and defeats that slowly begin to converge on each other.

The show continuously faces the dilemma of how to build characters up that we want to see live or want to see die and then what to do about that. In some cases it builds up the tension for  many weeks and markets a scheduled climax to proceedings. In other cases, it comes out of left-field and this week’s episode is largely the latter, killing off three notable characters that viewers probably didn’t see coming  – at least this soon.  Supporting player John Finn’s Earl Sutton heroically saves the kids after the Hilltop attack, guiding them to a hiding-place before revealing he’s been bitten. Even in death he tries to protect his charges, though it’s up to Judith (Cailey Fleming) to deliver the final blow.  Thora Birch’s Gamma redeems herself saving the fleeing Hilltoppers only to be tragically, if not entirely unexpectedly, slaughtered by Beta thereafter.

And then there’s Alpha… who finally, brutally meets her literal omega.

The ‘sudden’ death of Alpha (continuously played with wide-eyed panache and slitherin’ tone by Morton) is a savvy move which will continue to keep viewers on their toes, albeit a plot-moment that Walking Dead readers witnessed way back in #156 of the comic, published in 2016. The events of the episode actually mirror a lot of that issue’s tone where Negan is shown to have been playing a long game to win Alpha’s trust, getting under her ‘skin’ (literally) and then taking her down. As on the printed page it’s done with a treacherous knife to the neck but a sense of morality, even if it’s Negan’s own particularly twisted and askew brand. Though there’s no Rick or Andrea left in the tv version, one suspects a not dissimilar  fall-out (Beta’s wrath and a decisive battle with what’s left of the Whisperers) is on the cards before we’re done with the season next month.

A very satisfying episode that continues to drive the series ever-forward and it feels like the show is hitting a renaissance at last. Next week we may or may not get to find out the repercussions as we pivot back to Michonne’s journey, ahead of Danai Gurira’s departure from the show… 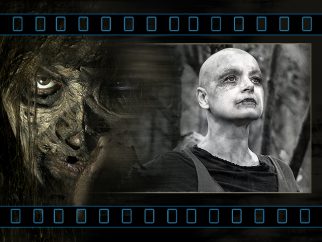