The latest 'Walking Dead' episode is so packed it almost feels like a season-finale...

Last week’s Walking Dead instalment was very much a classic slice of old-school horror and for the follow-up, the show is certainly not cranking down the tension. In fact, there’s so much duplicity and strategy, blood, sweat and tears in the mix that this feels more like a visit to Westeros than Atlanta.   Thankfully deadly armies are always better-looking when lensed in the glow of fire and dirt and as the inhabitants of Hilltop gird their loins and plant their feet firmly for the oncoming horde, there’s certainly a sense that AMC decided to provide their own battle of Winterfell  if on a slightly smaller budget and without the help of any nearby dragons.

Most of the ensemble main players get quality screen-time. Eugene has some great scenes talking through his ham-radio to the unseen Stephanie and John Dermitt demonstrates an impressive set of vocal cords when his dulcet tones accompany a montage of the Hilltoppers getting ready. Carol (Melissa McBride) is still in torment over recent losses and recent decisions, yet seems to make space for bedtime with Eziekiel (Khary Payton) and a mutual, if distancing, level-playingfield with Daryl (Norman Reedus). She also has a frank and open talk with Lydia (Cassady McClincy) which works well.

Though Alpha (consistently played with delicious zeal by the committed Samantha Morton) is clearly a mad as a bag of spanners, the character is constantly out-thinking her enemies and – with the apparent aid of Jeffrey Dean Morgan’s Negan – our heroes are clearly in serious trouble. It’s interesting to note how far the show has come in recent seasons where my wife and I can watch the show and be aching for Alpha to meet her maker in the most telling, grisly, karmaic way possible and yet are keeping preferences for Negan’s fate under advisement. Because… while Negan has committed awful crimes for which we once held the same distaste, it’s still not quite clear whether Negan is fully onboard with Alpha’s apocalyptic plans and whether his idea to make the Hilltoppers surrender rather than be massacred is his idea of mercy or just a further piece of personal weaponry in his survivalist repertoire (Would he really sign-off on anything that risked killing Judith Grimes?). It’s also interesting that Morgan, a physically-imposing guy at the best of times, gives us a tired and drawn-faced Negan here – still full-on with the wise-cracks but looking just a tad diminished from his time roughing it with The Whisperers.  Still, it would certainly be wrong to count him out any time soon…

There are still five episodes beyond this  in the current run, but at the very least Morning Star‘s mix of high-stakes action and character emotion genuinely feels more like the first-part of a finale-level climax and if this is the new standard for The Walking Dead, then there’s certainly life left in the franchise yet. 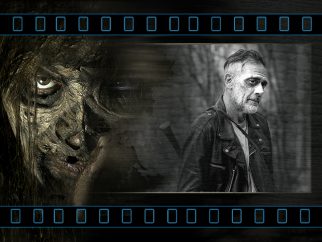 Harvey Weinstein sentenced to 23 years for rape and abuse…