Steven Moffat and Mark Gatiss provide fang-service for the BBC's version of the classic vampire...

When Steven Moffat left Doctor Who it was not immediately clear what he would do next. A complete break from the Time Lord meant no more Tardis offerings and the show-runner had often spoken on the difficulty of co-ordinating schedules to get Benedict Cumberbatch and Martin Freeman back for more Sherlock-ing. When Moffat announced what his next project would be – alongside regular collaborator Mark Gatiss – it might not have been the biggest surprise to note they were going to take a swing at another classic character. This time it was guaranteed to suck, hopefully in a good way: Dracula.

Broadcast on the BBC on consecutive nights from New Year’s Day in the UK through to 3rd January (and then immediately available en masse in the US on Netflix from 4th January), the show follows the three-part format recently demonstrated by another classic adaptation: War of the Worlds and A Christmas Carol. But while the H G Wells story had its source-material stretched to fill and the Dickens tale explored more of the supporting characters in the piece, the Moffat/Gatiss venture based on the Bram Stoker novel  arguably does the opposite: pulling in any and all references it can find and splitting up each of its three parts into quite separate pieces of the mythology. The first part deals with Jonathan Harker’s interactions with Dracula and the introduction of Dolly Wells as Sister Agatha, to whom he recounts that tale. The second deals with Dracula’s voyage to England (specifically Whitby) aboard a sailing ship, the reasons for being there and his careful selection of fellow passengers. And the third chapter… well, we’ll come to that in a second (though for the Count it might take longer)…

Each episode is ninety-minutes long and it only drags slightly in the opener, perhaps trying to accomplish a little too much and often leaning into side-jaunts that are well-presented but essentially a checklist of gothic callbacks. There a few initial dodgy effects in the first  chapter’s scene-setter sequence, but the production design quickly compensates and thereafter we’re well submerged in proceedings that ramp up the menace.  The dark lord’s maze-like castle, the convent with stake-wielding nuns, the hull and cabins of the Demeter… all are realised with few details spared and much to the credit of all concerned. Indeed, the ship-bound entry is all the more impressive in its spinning four pages of the novel into a film-length tale and a grand-guignol take on an Agatha Christie-like story, except with the killer in plain sight and pulling almost all the strings.

Claes Bang, the Danish actor finally getting some international attention, proves his worth with everything he’s given – whether it’s old and feeble or younger and dynamic – and is clearly an excellent choice for the title role.  Dolly Wells (Dolly and Em, Pride & Prejudice and Zombies as Agatha is also often a delight, there with the requisite banter and trademark quips that the creative team imbue their productions (and indeed making one wonder what Moffat and Wells would have done if the former had stuck around in the Tardis and made the latter the first female Doctor?). John Heffernan is also effective as Jonathan Harker, a man slowly losing his connections with reality and humanity as he recounts his meeting with Dracula – helped by some well-designed prosthetics but with strong work from the performance itself.

There are certainly moments of clever invention and reinvention balanced by genre-embracing nods to the classics… and that might be the source of its strength and yet also of the strongest criticism  – that the tone wobbles on its crucifix axis between something old, something new, something borrowed and something blood red… but never staying on any one of those too long, eager to bury its teeth into yet more connective tissue.  One moment we’re knee-deep in the rhesus-positives of Hammer at its purest prime (also shot at Bray Studios), with Bang channeling Christopher Lee, the next… doffing the hat to the more recent interpretations as envisaged by the likes of Gary Oldman and Luke Evans and then even reflecting more than a little of Tom Ellis’ flamboyantly confident Lucifer. It’s almost as if Moffat and Gatiss can’t quite decide which Dracula they can count on, so end up pouring a drink for all of them. To that truth, there were many who thought it might have been tempting for Moffat to set his version for Dracula in modern times – he wouldn’t be the first person to make that wholesale transfusion of the myth… and, well, he obviously has form for ‘updates’. But despite knowing flourishes and infusions (watch for very subtle references to both Sherlock and Doctor Who in snippets of dialogue) in its style, this initially seemed to be a firm period piece, just with modern pacing and sensibilities. However, that changes at the climax to the second episode where we find that the Count has slept a little longer than anticipated after surviving the machinations aboard (and overboard) the Demeter – and we’re  now firmly in the 21st century with plenty of unanswered questions. Yes, we’re still tapping every vein possible in this retelling and – apparently –  the creative duo want to continue to have their narrative neck and bite it…

But that third, modern-day chapter is – frankly – the least effective by a serious distance, feeling almost like a hand-brake complete reboot even within the run itself – in many ways a totally new show.  It’s a change in visual style and though that’s somewhat deliberate – supposedly upping the feeling of Dracula as a man suddenly in a new era, it doesn’t really work because while the audience is wrong-footed, Dracula himself adapts with trademark style and pragmatism all too quickly. All the suddenly exotic camerawork and sheer weight of neon lens flares (that would make even J J Abrams envious) can’t disguise the emptiness of the ending: one that throws a few previous elements and ‘clues’ against the wall to see which will stick, ignoring some of its own pre-set rules and is far too interested in its own reflection. Gatiss once again does double-duty, given a regulatory tics-and-quirks supporting role, here as Dracula’s toady-lawyer Renfield. Also, along the way there are homages to the likes of Silence of the Lambs (with a caged but dangerous Dracula) and the beloved 90s vampire series Ultraviolet (the idea of a group of scientists exploring the vampire legends). Both are interesting but here they are momentary distractions that are plot beats rather than threads, the latter particularly a waste of potential. The series, until now arguably restrained, just goes off the rails with far too much to do but far too little to say. Once again, it seems to point to the fact that Moffat can come up with a barrage of inspired ideas, interesting dilemmas and sharp dialogue that screams ‘clever and snarky’ in the moment but that he consistently lacks the discipline to bring them to a decent and satisfying climax if asked to provide more than one outing, often becoming distracted by some shiny side-issue at the expense of the important and leaving too many key questions unanswered in the process.  A majority of viewers who have loyally watched everything so far and nodded approvingly will surely be left looking at the final scene and saying ‘Wait, after all that… that’s it?‘   Here, as ever, the cast – headed in this case by by Bang and Wells – give it their all, but by the end, its all smoke and mirrors and very little substance.

Much of Dracula was fun to watch and an interesting entry in the history of its infamously undead protagonist, but though full to the brim of potential, those rich veins of ideas and intent sadly fail to congeal at the end… and any talk of a sequel or follow-up would ignore the premise that somethings have their allotted span and shouldn’t rise again. 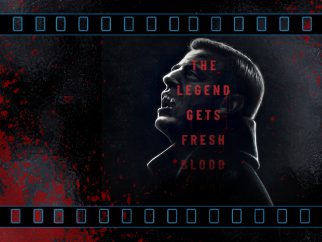