The last season of Doctor Who caused much consternation with certain parts of the show’s fandom and beyond. It was the first full season to feature the character played by a woman (Jodie Whittaker) and though that raised interesting discussions about the fluid nature of the Doctor’s form, it also divided fans. Some argued for ‘tradition’ that the Doctor had always been a man and always should be and in changing that it was trying to be ‘too’ politically correct. Others pointed out that  this was a science-fiction show where the Doctor has a proven fifty-year plus record of being able to change form (height, size, hair colour, eye colour, personality etc) and so changing perceived gender was no different.

But despite that big change, it was hardly the only one and there’s some truth to the observation there was an avalanche of hand-brake turns that long-standing fans had to deal with beyond the new actor. A new show-runner Chis Chibnall (and a new far-less-open publicity policy even withdrawing screeners from reputable outlets), new (and more) companions, new Tardis, new day, new music/intro, shorter season and a quite obviously different dynamic for telling the stories. Whittaker, a strong Shakespearian actor, was given stories that were delivered in a way to attract a younger, family audience rather than the more mythological, detailed and morally complex tales from the Steve Moffat-helmed era.  Add to this this the casual revelation that there would be no episodes for an entire year (the revived series often having to deal with erratic, inconsistent and contradictory scheduling) and it’s easy to understand why there were genuine frustrations. 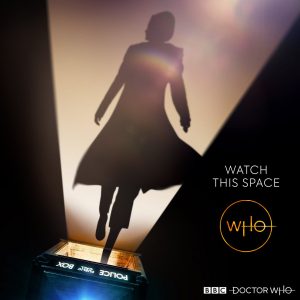 But, whatever side of the argument you fall on, there’s no denying that some of the commentary that followed drifted well beyond fair comment and individual taste to outright snark and disappointing venom, inflicting more damage on polite discussion than a fleet of daleks.  Whittaker was called a variety of names not suitable for polite company. There was talk from some quarters during the summer that Whittaker and Chibnall had both quit, some insisting they’d been fired and several citing forever  ‘totally trustworthy’ but conveniently-unnamed sources who said both had been ‘forced’ back to work to fulfill their contracts with a new ‘regeneration’ being hurriedly scheduled. Most rumours, whether there was even the slightest smidgen of truth at the start, showed a fundamental understanding of the way a show’s production works. However, lack of outright denials from the BBC over each and every claim were each treated as further ‘proof’ though nothing else of real substance was offered to back up the controversial and frequently conflicting claims.

While there’s plenty of people who like the new format, they aren’t always as eager to tweet about that as those who aren’t. But, yes, there’s no denying that the tonal and personnel shift has been controversial, disappointing many in one way or another, and that a second season with Chibnall and Whittaker on board will likely be even more heavily scrutinised with fans already dissecting every morsel or rumour. There is something to prove here, whether it be tweaks or a fuller course-correction.

Filming on Season ’12’ officially wrapped a few weeks ago and then the BBC put out a teaser image suggesting that something significant was about to be announced – the picture, angled from a high viewpoint, showed the shadow of the current Doctor reaching out from the Tardis, a prism of light catching the shadow with the same colours usually found on the Doctor’s striped ‘t-shirt’ and then the words ‘Watch this space…‘

Some believed the twitter message was simply related to a subsequent confirmation of the details of a Doctor Who novel by ex-companion Sophie Aldred (who played Ace) called At Childhood’s End (*initially* an obvious title) and scheduled for February 2020 – though however good said tome might be, it would likely disappoint those expecting a trailer or more specific series info from the tease.  But after the image dropped there was nothing else and several people speculated that if there was a trailer or similar to come it would most likely be matched-up with the launch of the  BBC’s other primetime fantasy outing, His Dark Materials on the Sunday night… but nothing appeared then either.

In fact it was a further week later when another tease was released: a 15-second moving image of the Tardis hurtling through space, another message to ‘watch this space’ and ‘coming soon’ but also a date attached to the tweet in question: Saturday 23rd November, indicating that was when the real news would come. Any self-respecting fan knows that’s the show’s ‘birthday’ (the first episode, An Unearthly Child, was  broadcast on 23rd November 1963) and though it was an additional wait for fans, it was an appropriate time to release further details. (Some vainly speculated that was when the new season would actually launch, but that seemed overly-optimistic).

Doctor Who Magazine also confirmed the writers for the new season. Returning writers from last season included Chibnall (of course) and  Vinay Patel (Demons of The Punjab), Ed Hime (It Takes You Away), and Pete McTighe (Kerblam!). New writers included Nina Metevier and Charlene James.

On the BBC’s Children in Need night (Friday 15th November) there was an appearance by Jodie and the cast to surprise one lucky young fan… but still very little else. A few days later the British tabloid the Daily Mirror reported that the new series would begin on New Year’s Day with the first of a two-part story, the second episode being transmitted a few days later on 4th January, which would be the new regular slot (and a return to Saturdays). No-one at the BBC would officially confirm the story.  However, an Instagram post on the 20th November did confirm two notable guest-stars: Sir Lenny Henry and Stephen Fry… (with suggestions that one or both could appear in that first story)

On 21st November, a more ethereal promotional image (see main post image, top) was released in the evening, showing the main cast in a PhotoShopped ensemble and some promotional images from the BBC were readied for release over the next couple of weeks, certainly giving credence to an imminent return of the show in some form. Around the same time, Chris Chibnall confirmed in a Q&A that far from being fired/walking/departing in general as some had claimed was already a foregone conclusion, he was already planning the next season and seemed to unofficially confirm Whittaker was also involved.

And then – ta-da – the Season 12 teaser trailer finally arrives (though still with no exact date). It indicates that there both the cybermen and the daleks will feature in the new run and that there’s a major threat somehow tracking the Doctor and her companions… Fry and Henry also feature in the footage, as does Goran Višnjić (of ER and Timeless fame)