After reveals for 'The Mandalorian' yesterday, it's 'The Rise of Skywalker' that got the Star Wars fans' attention today... 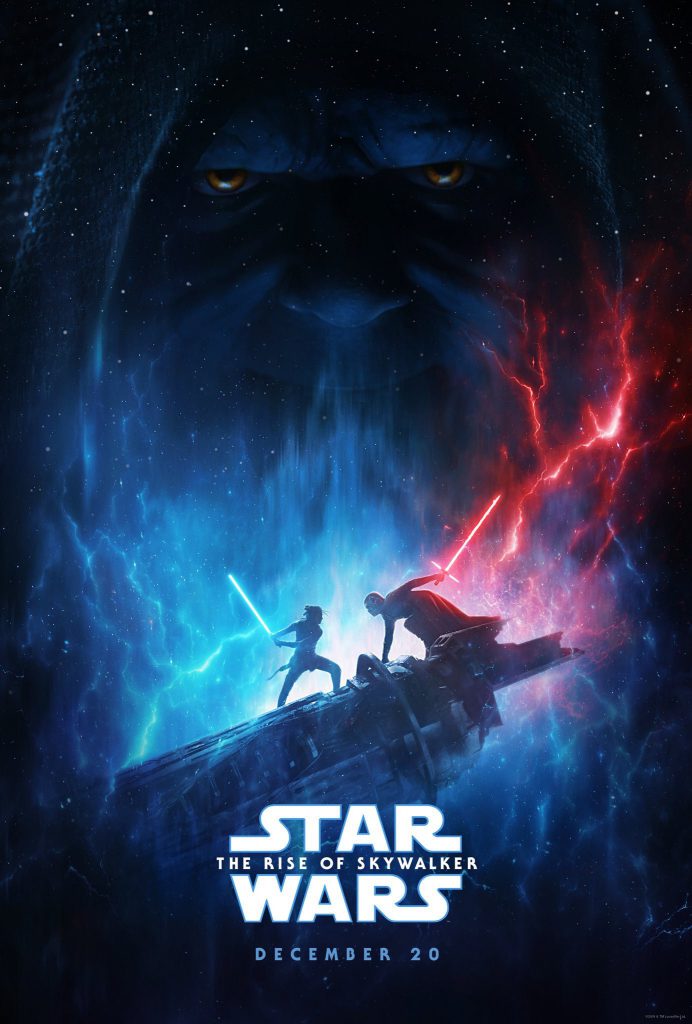 The Star Wars news continued at the D23 event on Saturday with the reveal of the official teaser poster for the upcoming The Rise of Skywalker.

While the trailer for The Mandalorian (first shown yesterday) has been wholly positive, the wider response to the ‘…Skywalker‘ poster on the internet was… well, mixed. A lot of comments seem to indicate that many find the image more simplistic than they’d expect,  almost a ‘concept’ piece rather than a finished poster or a style perhaps more suited to the animated, Pixar releases rather than intricate, realistic and poster/water-colour effect we’re used to. However this could be the first image and, given past releases, there are likely to be further variations down the line.

It is noted that the while Rey and Kylo Ren seem to be the focus, what appears to be a vision of Emperor Palpatine looms over them, indicating that infamous laugh heard in the first trailer does indeed belong to the big-bad apparently killed at the end of Return of the Jedi.

Director J J Abrams confirmed they were still working on a new trailer but did show the gathered crowd (of almost 7000 fans) a glimpse of some scenes and ‘moments’ that met with approval. You can now see that ‘sizzle reel’ below .Though the poster shows a ‘space’ background to the confrontation, the footage seemed to indicate that Rey and Kylo were actually on a structure coming out of a sea or lake and there continues to be rumours that wreckage from the second Death Star will factor in to the story…