When it comes to the second entry in this year's anthology, objects in the rearview black mirror may be more heartfelt than they appear...

Chris Gilhaney’s life is not what it was. He divides his time between grief-counselling groups and providing an Uber-like service in his car. Chris (Andrew Scott)  quietly meditates in his taxi, searching for a temporary moment of peace in an existence that is now far too loud for him. Two days running he picks up a fare from outside the shiny London headquarters of the Smithereen, a global and industry-leading social-network company – but that’s far more than the happy coincidence it seems.

When Smithereen employee Jaden (Damon Idris) asks to go to the airport, Chris ultimately kidnaps him in an effort to get access to Smithereen founder Billy Bauer. However Chris’s plans get further and further off-track when Jaden says he’s a low-level intern with no access to anyone of note and then Chris’s car attracts the attentions of the police. Before long, there’s a hostage situation where Chris has in his hands a gun and a phone. He threatens to use the gun, if the phone can’t connect him directly to Bauer.

As the police and Smithereen employees try to resolve the situation, it becomes almost a competition to collate the relevant information on Chris and why he might be taking such extreme actions. There are conflicting ideas on how to end the stand-off, but as media-interest increases, Chris is less concerned about surviving than telling Bauer some home-truths…

Perhaps one of the real triumphs of Black Mirror is that while other anthologies revolve around a drum-rolled twist in the tale, the power of the writing here (proving once again that Charlie Brooker’s diverse application of imagination and indignation is apparently limitless) is not beholden to providing such left-field revelations. It really is a continuous case of ‘the journey not the destination‘ that proves to be the best hook and no more so than in the second of the new Netflix-platformed offerings, Smithereens, one that involves an Uberesque driver’s physical and personal route to some sort of redemption.

Andrew Scott, perhaps best known to mainstream audiences for his role as Moriarty in Sherlock, has perfected the art of playing damaged and possibly dangerous people, swerving right up to the line of pathology and then pulling back at precisely at the right moment. So often, his characters and performances are like car-crashes in slow-motion (in a good way) and ironically executed with a degree of fine control beneath the manic surface. Here, as widower Chris Gilhaney, he once again triumphs in that department, anchoring his central role with a particular desperation, pathos and fury.

Even after the hostage-situation becomes the landscape of the story, Brooker could take this tale in any number of ways, but in the end provides a deceptively simple human story at heart – but still keeps the extent of modern communication in its sights. Those looking for a huge, signature twist here (and, I fully admit, I was vainly second-guessing Brooker on what that could be) won’t get their jaw-dropping surprise, just a slice of stylish regrets. But it’s still edge-of-your-seat stuff that plays to both the elements of a traditional siege drama while imbuing the story with some salient notions about the pros and cons of inclusive social-networking – both as an addiction and a research tool. Frankly, even given the hi-tech elements which proliferate at its edges, this could have easily have been placed in the schedules as a ‘regular’ hour of primetime drama.

But Brooker is scalpel-precise in his observations of how interconnected we now are. While several other key Black Mirror stories require looking to how technology could go, there’s little in Smithereens that doesn’t already exist by some other name in our world. Facebook and twitter controversies have already shown how much data can be connected from us as were blithely surf and ignore ‘terms and conditions’ and so it’s entirely believable that such a social platform could and would be able to react faster in its tracking and intelligence-gathering than the police. Perhaps the police not pushing rubber-necking members of the public back out of sight and earshot (which would be standard policy) is a convenient plot-contrivance, but there are daily examples of ‘citizen-journalists’ sending out photos and messages of events as they happen that can alter those circumstances in the moment.

The global reach of such platforms allows the action to divide itself between a field outside London and a canyon in the American desert, the latter in which we find Smithereens’ founder Billy Bauer played by Topher Grace (and hands-up anyone who initially believed that the kidnapped intern might turn out to be the hard-to-find Billy for the first half of the episode?) trying to escape the constant buzz of the modern world, swapping Silicon Valley for he real thing, if only for a while. He too is a somewhat sympathetic character, noting that his initial idea to put people in touch with each other has been corrupted by opportunism and profit and skewed to make people become addicted to it).

Once again, it’s difficult to successfully stick the landing and it’s one that may leave people less than completely satisfied (though it will also provoke interesting discussions on what the alternatives could have been). Opinions are already divided on whether this is the best or least effective of the current batch.  We say the best. However whether the message is that we care too little or too much about what appears in our newsfeed, it’s undeniable that Brooker does leave us thinking. Because in the end Smithereens doesn’t really have any villains, just people trying to work out how they became bystanders in an era that was supposed to be about empowering them. It may not be the best example of a typical Black Mirror episode, but it is a quality-threshold benchmark of what the show can and aims to be on principle. 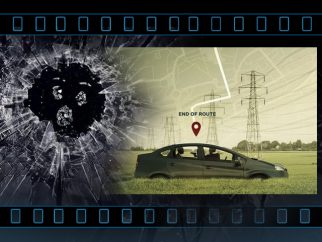