We're now getting our first real look at the much-anticipated 'Terminator: Dark Fate' which will hit cinemas at the end of the year...

We’ve waited quite a while for a new Terminator entry, thanks to the arguments of rights and – frankly – the diminishing quality of the sequels. Even the likes of rival Game of Throners Emilia Clarke and Lena Headey taking turns at being Sarah Connor in different forms didn’t lead to much to write home to the future about.

But with the original Sarah, Linda Hamilton back onboard, alongside the requisite Arnold Schwarzenegger and James Cameron in production role (and Deadpool‘s Tim Miller on directing duties) there’s a sense of anticipation, even if its met by some nervousness that we’ve all been here before it didn’t work out too well.

Our thoughts:  The trailer certainly delivers on some of the firm cornerstones we’ve come to expect and Cameron’s promise that they’ve treated this film as a direct sequel to T2, ignoring everything that came later, is… well, promising (though we’ve kinda heard that before). Hamilton shows she still has what it takes and has the  tone of the original Sarah with more than a touch of the post-apocalyptic feel that reminds us of The Walking Dead‘s Melissa McBride in full pissed-off mode turned up to 11.  Arnie… well, we’ll see.  He’s ARNIE (capital letters obligatory), but he needs to be more than an imposing shadow. There’s a raft of new characters, which is fine…. but in the end its success beyond a predictably high opening weekend, will rest on the quality of the story that unfolds.

We’ll know more this November, but until then, here’s a peek of the new trailer and poster… 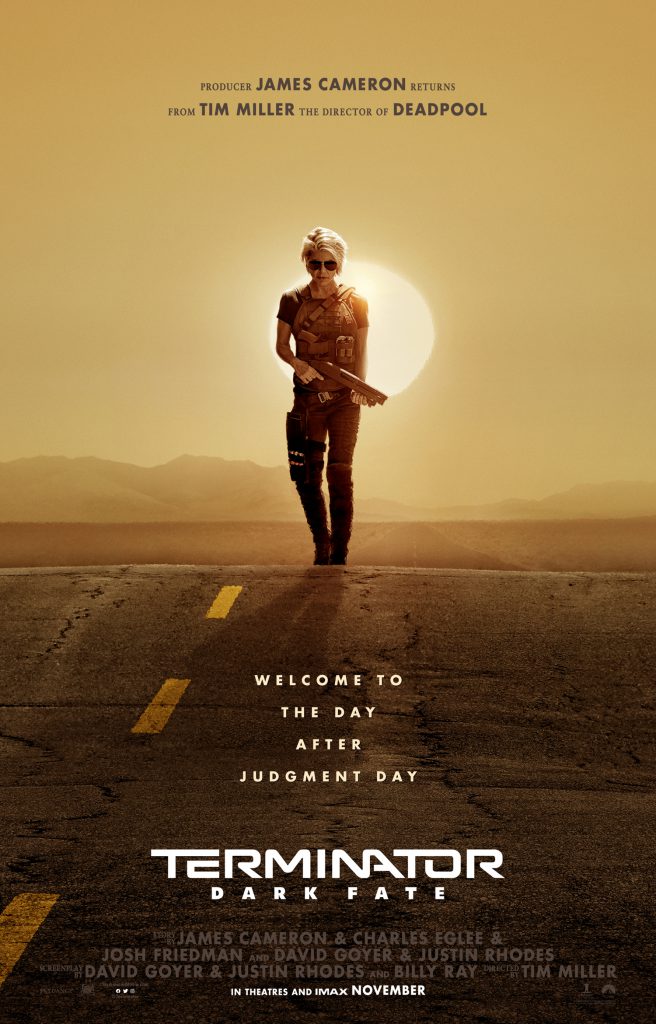