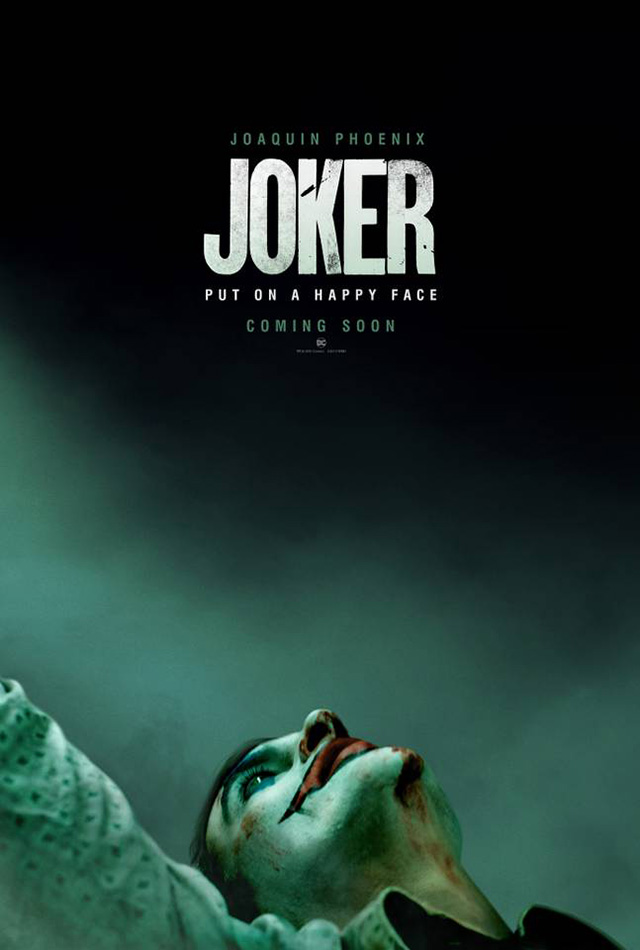 Over the years there have been many different interpretations of the Batman concept. The comical Adam West series, the Burton and Keaton collaboration, the Nolan and Bale trilogy, the Frank Miller graphic novel and a host of animated productions not to mention FOX‘s Gotham prequel series which has only a couple of final episodes to air. But it seems that the Dark Knight‘s arch nemesis could be giving his opponent a run for his money.  After Nicholson, Ledger, Leto and Gotham‘s Cameron Monaghan (the latter suggesting a narrative plot-point that the ‘Joker’ as a persona taken by various people through the years), it’s now the turn of Joaquin Phoenix to give us the latest clown prince of crime.

The notorious method actor is starring in the singularly-entitled Joker, but up until this moment we’ve only had the vaguest idea of tone and a peek at the facial make-up he’ll be wearing. Now we finally get a much clearer idea in the first trailer for the film, newly released by Warner Bros.  And it’s certainly creepy and probably not what a lot of people were expecting. Like the recent Twilight Zone reboot’s opener, the story seems more about a stand-up who keeps getting knocked down and decides to take revenge. It’s more the charting of a mental breakdown and a dark persona emerging to protect a fragile outlier.  It certainly isn’t painting the character as outright sympathetic, but it does imbue it all with a certain pathos missing from other interpretations of the villain.

There doesn’t seem any connection in tone or story to the punkish Joker (Jared Leto) we last saw in Suicide Squad and it appears that Warners are less concerned with the connective tissue between each of their DC movies than the Marvel Universe and more inclined to build singular movies that stand on their own merits.

The film is still being edited but is due in cinemas on 4th October.