The opening salvo from Jordan Peele's revamped 'Twilight Zone' weaponises humour - but not everything hits its target...

Stand-up comic Samir Wassan (Silicon Valley/The Big Sick‘s Kumail Nanjiani) is an earnest comedian but one whose material is more social-comment than laugh-inducing and he, his successful lawyer girlfriend Reena (Amara Karan) and the comedy club’s owner are beginning to think that Samir’s days on stage may be numbered. Despondent he props up the bar and finds himself sat next legendary comedian J C Wheeler (Tracy Morgan) who tells him that he’s guaranteed success if he puts more of ‘himself’ and his personal experiences into his act, rather than politics. The enigmatic Wheeler warns hims that the downside is that using such material means you tend to lose ownership of it.

Wassan takes the advice, talking about his frustration with his dog and is a big hit. But coming off stage, Reena is confused. They’ve never had a dog. The next time Wassan steps up to the microphone, he talks about his girlfriend’s nephew.  When he steps off stage after an even bigger reaction, the boy is nowhere to be found.

Samir begins to realise that his comedy is starting to have real impact, but is he willing to make others pay for it?

Somewhat inspired by the ‘Take My Life…Please‘ episode of the 1980s reboot run of the Twilight Zone and with more than a nod to eastern cult horror Death Note, there’s plenty of potential to be shown in the idea of self-image, the cost of success and fluid morality. So, the idea at the heart of The Comedian episode is decent enough, but one that – like a good joke in search of its punchline – could have shown benefit from a shorter running time and a snappier delivery.

Some will bristle at the frequent swearing littered throughout. It’s not in itself objectionable – and in its defense, it ties in with the very idea of a comic going for edgier material – but it’s the same obstacle that early episodes of CBS All Access stablemate Star Trek: Discovery faced: finding a balance for a revamped show that is adding a contemporary sensibility, but one that feels somewhat at odds with its accepted nostalgic hook. Like a shock-jock stand-up often discovers, swearing in itself gets old if not surrounded by new material.

The episode wants Samir to transition from satire to snark and worse, but its ironic that the material it shows, while containing profanity, really isn’t that edgy – as if the studio gave notes that in an episode about going too far, the show could go thisfar but no further. The jokes and the crowd response may be purposely skewed to concentrate on what Samir is giving up rather than putting out, but it would have helped tremendously if the jokes had landed better.

Nanjiani’s Samir is fine but isn’t quite sympathetic or earnest enough to work as well as it should. Diarra Kilpatrick’s competitive comic Didi is actually more interesting in some ways and Amara Karan’s Reena strikes the right note as the supportive, but increasingly frustrated partner whom Samir loves but doesn’t treat as well as he should.

Jordan Peele  – responsible for the likes of not only his comedy show with Keegan Michael-Key but also the writer/director of breakout hits Get Out and Us at the box-office – is quickly becoming a force to be reckoned with, a creator that understands the power of the medium but also to have some fun with it. It’s clear that his role as showrunner and on-screen narrator for this new journey into the Twilight Zone is a passion project and one to which he is well suited (literally, in a nod to the bespoke originator Rod Serling).

Though it stands on its merits, perhaps this is not the strongest episode with which the new series should have opened, but it’s still a statement of intent.The Charlie Brooker-helmed Black Mirror anthology series – to which this will inevitably be compared – tends to have raised the bar, handling the lengthier morality tales with a more assured and cynical footing. But if the Twilight Zone can pick up its pace with shorter, sharper insights, twists and turns, it should be worthy of its legacy branding and keep audiences watching… 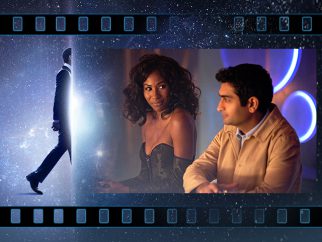