‘Chamber’: UK horror is White, Bored and past its cell-by date…

'White Chamber' is a low-budget psychological horror of a UK blighted by civil war and thriller tropes...

White Chamber is one of those productions where you get to the end and the immediate thought is ‘That was  a bit of a waste of time, wasn’t it?‘ followed by a trying-to-be-positive ‘It probably looked better on paper‘. Well, maybe. There is, indeed, a nice idea ripe for execution at the heart of the film but it’s all so clumsily handled by a film stretched in resources, budget and listless script that it never achieves anywhere near the sense of menace or moral outrage it hopes for and feels all too much like a film-school project that was pushed into production before anyone refined the script or checked their wallet for the essential pillars to build it upon.

Most of that budget is blown on a giant box that looks somewhere between a segment of the (far superior) film Cube and the Philip-Schofield-hosted UK quiz show of the same boxey-name, but ironically it ceases to be the centre of the story for far too many stretches – the ‘drama’ showing us what is (and was) going on outside its confines – and proving far less compelling.

The two real problems are obvious. The first is that while clearly indignant and self-righteous, White Chamber has no real idea what exactly it’s rebelling against. Yes, outside the walls we’re told the UK is devolving into anarchy and power-grabs (whodathunkit?) and the country has fallen into a new civil war, but there’s far too little information to really know who has any moral high ground here – something you hope is deliberate, but sadly do so in vain. A montage of cheap stock-footage is hardly enough to bolster its case and the audience isn’t sure where its sympathies should lie.  That might not be a fatal flaw in and of itself (shifting loyalties can be ineresting), but when the film itself has no idea where it stands either, that’s truly problematic. Is the message the rather obvious one that torture is bad?  Fine – but the film seems to enjoy freezing, scalding, electrocuting, impaling and acid-burning the skin of its subjects with more glee than its scientists – including someone eating their own fingers – so that somewhat undoes its case. Is it the observation that people can become as bad as the monsters they are fighting? Okay – but the neurotic bargain-basement team hardly seem to be the elite vanguard that a despotic regime would rely upon.

Secondly, despite a 2018 festival trailer that promised SAW-level shenanigans, the film completely fumbles the few sleights of hand it has to play, so much so that that they become all too obvious way too early or come too late to really matter. The time-shift flashback to five days before the opening set-up completely undoes one of the key mysteries and the one it replaces it with is far less interesting. Instead of a ‘how do the prisoners get out?‘, it’s far too much a pondering, chin-stroking contemplation of scientific ethics punctuated by torture – which is exactly as scintillating and ill-judged as it sounds.

Shauna McDonald is a good, reliable actress and a familiar British face, but she was far more effective scurrying around cannibals and pot-holes in the Descent movies than the plot-holes contained in the interior of a co-opted antiseptic office-block hub. Oded Fehr (The Mummy, Blacklist, 24:Legacy) usually has more than enough screen presence to fill a room, but even he seems to be feeling the weight of emoting against a blank canvas for most of the film and the script he isgiven does him no real favours. Interrogation scenes like these need a true sense of power-play, a shifting dynamic over who has the most to win or lose, but here there’s little sign of the charisma with which Zakarian has supposedly raised an army and he comes across as a pissed off member of a Question Time panel rather than dangerous rebel agitant.  Nicholas Farrell comes acros as the most sympathetic of the existing science team with Amrita Acharia being the incoming but largely ineffective moral conscience and Sharon Maughan has little to do but remain cold and aloof.

The effective cube torture devices aside (excluding the fact that the White Chamber itself doesn’t have a white chamber pot, so apparently no-one needs a loo-break this week), the  special-effects are pretty ropey – an early shot of Buckingham Palace going boom could have been done on an iPhone app, there’s some obvious green-screening and the computer screen graphics are nothing new.

This is Paul Raschid’s third film as a writer, second as a director and the first he hasn’t appeared in as an actor and unfortunately that lack of experience shows. Hopefully future projects will see him build on some of the good ideas he has into a better executed production. But saddled with a ‘Post Brexit – Post Trump – Post Mortem‘ tagline that’s 2/3 irrelevant and which feels more like it’s desperately trying to seem more topical than it is, White Chamber is a huge disappointment given the various ideas it attempts to bring into play and which it could have done far more with, even on its budget if it had picked one idea and stuck with it.

Not so much, white, then, but merely blank.

White Chamber is now available on most VOD platforms… 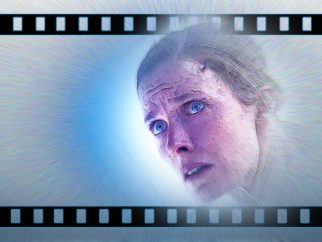