As Doctor Who's latest run comes to DVD, John Mosby notes the result largely depends on your age and expectations... 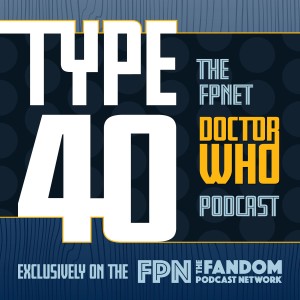 The new Doctor was certainly a notable shift gender-wise… but there were also some more profound tweaks for Doctor Who this past season. You can hear more of Kyle Wagner, Kevin Reitzel and guest John Mosby’s musings on the subject in the latest edition of the Type 40 Podcast… on the Fandom Podcast Network  as the show looks at some of the factors involved and assesses the impact on fandom and beyond…

Elsewhere on echochamber, I’ve been through each of the episodes as they were broadcast, so a more detailed breakdown can be found there. But the official collection is now available in several formats.  It doesn’t include the New Year’s special (for what one suspects are both practical/schedule and commercial reasons) but has all the main ten stories with four commentaries and a handful of  lean/streamlined extras. In essence it feels like a basic release rather than a major marketing push it could have been.

Perhaps the home truths about the season itself is that this was one of the biggest collective handbrake turns in the show’s modern history  – major changes both in the show’s pragmatic production and in its style of stories – and such things don’t come without objective consequence and subjective opinions – both quite legitimate and within reason.

It would be easy – as well as lazy – to feel that having the Doctor take a female form was the most significant change.  A few predictably sexist headlines aside, the production did a largely decent job in both embracing the gender-change as a universally positive and yet simultaneously remarking on how wholly unimportant it was. Ultimately it’s narratively gratifying to look back and see how little that aspect of gender actually affected most of the stories in either way.  But there were other tangible changes, arguably smaller but pebbles in a molehill that could be perceived as a collective mountain if you so wanted. The series was shorter, there were more companions, the Tardis had an interior refit, it was broadcast on a different day (for valid reasons, but still a seismic shift for UK audiences), the iconic title sequence (that bore no relation to the logo reveal) came and went on day release, there were no traditional monsters and – gulp! – the confirmation of no Christmas special for the first time in over a decade. Less important to the public, but not without consequence to reviews, journalists were largely kept away from advance screeners and even those who had supported the show and had followed every beat of requested etiquette suddenly found themselves on the outside looking in. Certain minor details were treated like state secrets, other major plot points still got leaked. Each and every one of these elements are legitimately in the purview and job description of a new showrunner but few went without notice and vocal, decidedly mixed reactions.

For me, I’ve always liked Jodie Whittaker and her body of work – and its range –  suggested she could be as emotionally powerful and resonant as any of the previous Gallifreyan benchmark personalities. Her casting seemed like a fantastic opportunity on every level. So – and again this is purely subjective and without malice –  I’ve felt a little disappointed by the result. The exaggerated facial gurning, the exposition-laden dialogue and the flamboyant sonic-screwdriver flourishes seem more at home in pantomime stage-work , but they perhaps reflect the tone and level of the stories that seemed to be gearing towards a younger audience.  A few years ago there were complaints that Steven Moffat’s narratives were getting smug and convoluted – again, I’ll raise my hand that say that despite thinking Moffat’s a good writer elsewhere, I was among the critics that felt he was inconsistent on Who.  But if you go back and watch Tennant, Smith and Capaldi producing wry snark and eloquent speeches, it’s hard to point to any moment in the latest run where Whittaker produces the same or is given anywhere near such weighty material. The stories were fine, but with the exception of historicals like Rosa and Demons of the Punjab, really didn’t carry much weight or lasting impact.   Tonally, Chibnall had deliberately chosen to go from a dark modern era Doctor to the more frothy aspects of Tom Baker, Peter Davison, Colin Baker and Sylvester McCoy – albeit with a better budget.

Equally, the companions seemed under-used and full of missed opportunities. Tosin Cole as Ryan Sinclair bumbled through many an episode with little to do and almost no mention of his dyspraxia (and even when it was mentioned, its balance-problem aspects were often inconsistently trivial), Mandip Gill’s Yaz could have been a dynamic addition to any crew (being an empowered young woman, a Muslim and a police officer opened up countless possibilities) yet she too was often there for a few lines of dialogue and vanilla moral support. Bradley Walsh, known in the UK more as a presenter and comedian played Graham and was – frankly -the highlight, bringing an earthy and melancholy emotional arc after an uneven start. I can’t be the only viewer who would have been happy to see the Doctor flying around the universe with just Graham in tow.

Essentially there was nothing ‘wrong’ with this past season and some of the commentary from certain sections of the fanbase went beyond criticism into pure vitriol, but – yes – it undeniably felt like a gear-change and not always one handled smoothly. With its remit to be an all-ages entertainment, Doctor Who has had to regenerate its audience throughout its history, bringing in a new generation and regeneration as it continues. This latest shift, notable though it is, may simply be as necessary as it is subjective and may mean that older viewers like myself will have to acknowledge that.  Dragons and Time-Lords live forever but not so much little boys. Painted wings  of over-sized wasps and giant rings of Akhaten make way for other toys. So perhaps, on the strength of this past run,  frolicking in the Autumn mists of scheduling are now meant more for others.

I still hope to see the odd dragon among the sealing wax and other fancy stuff and either way, I expect you’ll still find me gazing out and taking notes, regardless..