Starz's acclaimed spy-fi doppelgänger drama is cold and calculating but it's also a 'dual' in the tv crown...

Thirty years ago, a unique ‘bridge’ was discovered in East Germany  – an underground passageway that now linked to a completely parallel world that apparently replicated every person, every building, every moment of history… and from that point on, the two worlds began to divide, their events no longer quite in sync or harmony. Only a handful of shadowy bureaucrats and operatives in each realm know of the alternate realities and a fragile diplomatic ‘entente cordial’ was established with limited exchanges of people and information – moving between our ‘Alpha’ reality and the other ‘Prime’ world.  But a flu-epidemic, apparently carried (accidentally or deliberately?) by operatives dramatically impacts the Prime and makes the relationship between the worlds ever more fragile and distrusting.

As it becomes clear that both realities are capable of ongoing duplicity and dangerous subversion, a man named Howard Silk ( J K Simmons) finds himself at the very centre of a new – or perhaps old –  conspiracy. On one world he’s a lowly and previously oblivious clerk working at a government ministry and tending to his wife, Emily (Olivia Williams) recently seriously injured in a drive-by accident.  In the other reality, Silk is a hardened government agent, well aware of the secret world just beyond most people’s daily lives and whose relationship with his own ‘Emily’ was very different. All their lives are bout to collide and each may have to learn some telling lessons about the cost of truth and the art of deceit – domestic and inter-dimensional – if they and their respective worlds are to survive…

So began the set-up of Justin Marks’s ambitious and challenging spy-thriller Counterpart... and so it continues for its second season. Counterpart returned to US screens – on the Starz cable channel –  this past Sunday after leaving us on something of a cliffhanger, one which had killed off some of the regulars and left others in apparent mortal peril.

It should be said that even with a bit of exposition (courtesy of some new characters needing to be brought up to speed on some of the basics) this second run of the critically-acclaimed series is probably not the best place to start,(though it is clear it has looked back on that first run and made certain subtle storytelling tweaks to ease you onwards). At the best of times Counterpart has proven an enigma wrapped in a puzzle shrouded in deceit with a veil of complexity and even for die-hard fans who’ve waited patiently for its return, it’s likely that viewers will have moments where they desperately try to remember where we left certain plots and characters (complicated by the fact that some have doppelgangers). “Wait,  did they kill ****** last time or not? Which version of **** is that?” was something said several times during my viewing of the first new episode.

Counterpart excels in a number of ways, not least in the skill of combining the cool greys and shadowy corners of good old-fashioned espionage and wetwork spy shenanigans with the compelling if more subtle and smart science-fiction remit of alternative histories. No laser-guns, aliens or shape-shifting monsters here, just the monstrous, opportunistic acts of those wanting to achieve or hold on to their fragile powerbases. It’s a metatextual melancholic Tinker, Tailor, Soldier, Spy-Fi, an alternative ‘1984′ , one that’s more Philip K. Dick than J J Abrams and a cerebral mission that makes you work for your loyalty.

Firmly established as one of America’s best character actors, it seems you can’t throw a Farmers’ Insurance claim, a copy of the Daily Bugle or a drum-kit without hitting J K Simmons in one memorable role or another. For Counterpart he adds another arrow to his bow – arguably a couple of arrows – playing two very different versions of the same man, each caught up in the machinations of two duelling realities and having to contend with quite literal duplicity of their respective taskmasters. And it has to be said: Simmons is marvelous, but nowadays he’s rarely anything else. With a little help from split-screens (only where necessary), the actor glides almost effortlessly between the needed personas – one minute the quiet and meek (but quickly becoming more savvy)  Howard  who is learning the truth about the secret dealings of  his world (and recently comatose wife Emily played by Olivia Williams) and the next the more ruthless, acerbic  ‘Prime’ Howard whose own version of Emily could still prove more formidable if she fully reappears. (It is not really a spoiler to say the meeker version of Howard doesn’t make a single appearance in the opener, though watching Simmons’ harder-edge version pretending to be such is a masterclass in subtlety). Williams looks to have even more to do this time around and her stage-training allows her to make the most of Emily’s formidable but damaged spirit. There’s also able support from the likes of Harry Lloyd, Nazanin Boniadi and Richard Schiff.

Counterpart is not a show for everyone – its momentum is almost glacial by modern standards and it trades more in suspenseful looks and inferred threat rather than outright action. One suspects that while more people might find it on a network, it would be far less likely to survive the demands of primetime pacing. This is for a more weathered and discerning audience. Often quiet and sinister, when the violence comes it is merciless and brutal, but is made all the more so because you either have to wait for it or it suddenly comes out of nowhere – both equally effective.

Second seasons of breakout shows are often problematic – balancing what to duplicate with how to expand and it’s far too early to say whether Counterpart‘s ten episode return will tread water or flex its mental muscles. There’s an inherent danger, as there always is, that the complex story may get layers and layers and layers to sustain the story rather than it be spun out in a more organic web. The addition of – and pivot to focus on – newer characters (and potential obstacles) such as FBI agent Naya Temple (Betty Gabriel) and Guy Burnet as the operative known only as Lambert could be both promising or distracting – frankly, the show doesn’t need more characters, only to keep us invested in the ones we have, but keeping a real sense of jeopardy is important. Thankfully there’s a little less jumping between the realms in the same episode, allowing for better narrative flow and individual tensions to build.

Counterpart may have to eventually address some of the fantastical elements that frame the narrative, something that – so far – for which it has only nibbled furtively at the edges without offering much specific meat there –  but it is a show that is at its best when it explores the murkier side of human nature and as Season 2 shows, there’s still plenty of that dark territory to explore. 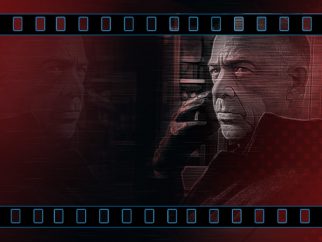