Sex. Religion. Politics. Oh - and a sea of red-herrings. The BBC's Sunday night drama slot was on fire...

David Budd (Richard Madden) is on the train back to London, ready to deliver his children back to his estranged wife when he becomes aware of suspicious activity in the carriage. As a decorated soldier and trained as a protection officer he’s learned to spot the signs and he soon discovers that there is a young Muslim woman in the carriage toilet with an explosive vest. Using every inch of his nerve he manages not only to talk her out of detonating the device but also prevents officers on the scene from taking an unnecessary kill-shot.

Hiding his problems with PTSD, he is promoted and given the job of protecting Julia Montague (Keeley Hawes), the Home Secretary whose right-wing opinions he vehemently disagrees with. However Budd finds himself compromised in several different directions when forces within the UK government ask him to spy on the ambitious Montague to find out her dubious plans for the intelligence services, when he realises that one of the soldiers he served with in Iraq is involved in an assassination plot… and when the unexpected chemistry between Budd and Montague bubbles over into an affair.

With Julia’s life in apparently ever-increasing danger, just who can David trust – and as far as some people may be concerned, should they even trust David himself?

While there was much consternation when the BBC announced they’d be broadcasting the next season of Doctor Who on Sunday nights, it really shouldn’t have come as a huge shock. The late-weekend slot has been edging in the direction of solid dramas since the likes of live shows took primetime placings on Saturday night with much of the schedule having to pivot around them. And any concern about ratings seems to have been dismissed with the strong numbers that Bodyguard received from the outset.

Bodyguard is an interesting production on multiple levels – in its subject-matter, execution and sheer audacious risk-taking.  (“This is some A-Grade bullshit…” mutters a disgruntled cop at one point, knowingly). What Bodyguard did spectacularly well throughout its six-week run was wrong-foot the audience’s expectations. However good they might be, most dramas follow a familiar template – but on a week-to-week basis  here was a series making it impossible to reasonably guess where we’d be going next. It’s opening episode introduced many of its central characters but spent almost half of its running time on a singular negotiation with a bomb-laden terrorist in  the toilet of a London-bound train, a nerve-shredding sequence that benefited from taking extra time in defusing a multiple-threat that 24 would have blown up in a throwaway minute. (It was also a scenario and pacing that would be somewhat mirrored in the extended finale). There followed a shocking bloody shooting attack in the middle of London and then it was quickly on to the sexy stuff of an illicit affair between our resident bodyguard and politician where neither completely trusted the other. (quite rightly). By the time the series was just over halfway through we’d had one of the leads *** SPOILERS *** apparently blown up and the other putting a gun to his head and pulling the trigger. Add to that a duplicitous rogues’ gallery of seething agendas and supporting characters scattered across government, the security services and beyond and each week became a series of suspension-disbelief-raising  ‘Did they really just do THAT?‘ moments.

It’s tempting to, on one hand,  think of Bodyguard as a (original) House of Cards for the Instagram Generation – charismatic actors and delightfully arch writing producing a glossy source of massive bandwith and water-cooler arguments but ultimately a just-go-with-it situation. Closer inspection does indeed reveal flaws (some apparently bizarre continuity-gaffes including outfit-changes and moving gunshot wounds) and necessary narrative-contrivances where things happen that just wouldn’t, but they are delivered so effectively, dramatically and with such straight-faced conviction that you are carried through not knowing which is which – which is kind of the point. And what’s more Mecurio lives up to his name – it’s hard to dismiss Bodyguard as only lightweight, ethereal fun when the show-runner cleverly weaves such an interesting tapestry of  dangling threads and red herrings, little details that become hugely important later and elements that seem to be guilt-ridden and full of import but are not.  Why did we see THAT? Why didn’t we see THEM? Will you be rewinding, replaying and scrutinising backgrounds on a Sixth Sense level and kicking yourself by the time you’re done? Possibly. Either that, or it’s simple, disposable fun. Either way, it’s a pot-boiling melodrama at heart, Bodyguard‘s mixture of sex, politics, Islamic terrorists and conspiracy theories (on-screen and off) seemed almost singularly designed to give Daily Mail readers terminal sorry/notsorry whiplash.

Did the much-touted sixth episode finale live up to the show’s track-record? Well, *** SPOILERS *** it would have been hard to satisfy everyone and there may well be a section of the viewing public who were expecting more twists than were actually delivered.  But it does say something that this was a series and finale where almost everything was on the table and it would have taken a brave person to put money on any singular outcome.  There were some unlikely scenarios played out – a slow-walk through the city of London with a bomb, all covered live on television stretches even this show’s suspension of disbelief, but it’s to Mecurio’s credit that he resists some overtly spectacular rug-pulls – so there were no surprise resurrections despite the rumours. In fact, by some standards, it was positively sedate. It still, rightly, crushed the ratings.

Bodyguard was silly but stunning – cleverly manipulative in all its zigs and zags whether you liked the outcome or not and if only for that reason alone, it will remain one of the year’s most talked about shows… 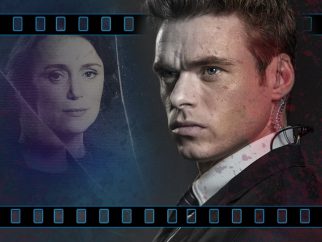