It's set in the 1990s, but will Marvel's first female-led superhero flick be a Blockbuster?
by John Mosby 18th September 2018

There’s been a long wait when it comes to Marvel giving audiences a female-led superhero film. There’s been plenty of supporting talent and earlier this year Evangeline Lilly’s Wasp shared the banner with Paul Rudd’s Ant-Man but it will be March 2019 before a singular sensation materialises.

It comes, of course, in the form of Brie Larson’s Carol Danvers aka Captain Marvel and in a film that is technically set before all of the other movies to date – in the heady days of the 1990s. It was a time when women were finally pushing their rightful way into new aspects of military service, when Blockbuster Video was still a force to be reckoned with and when agent Nick Fury was still able to enjoy a good 3D movie. 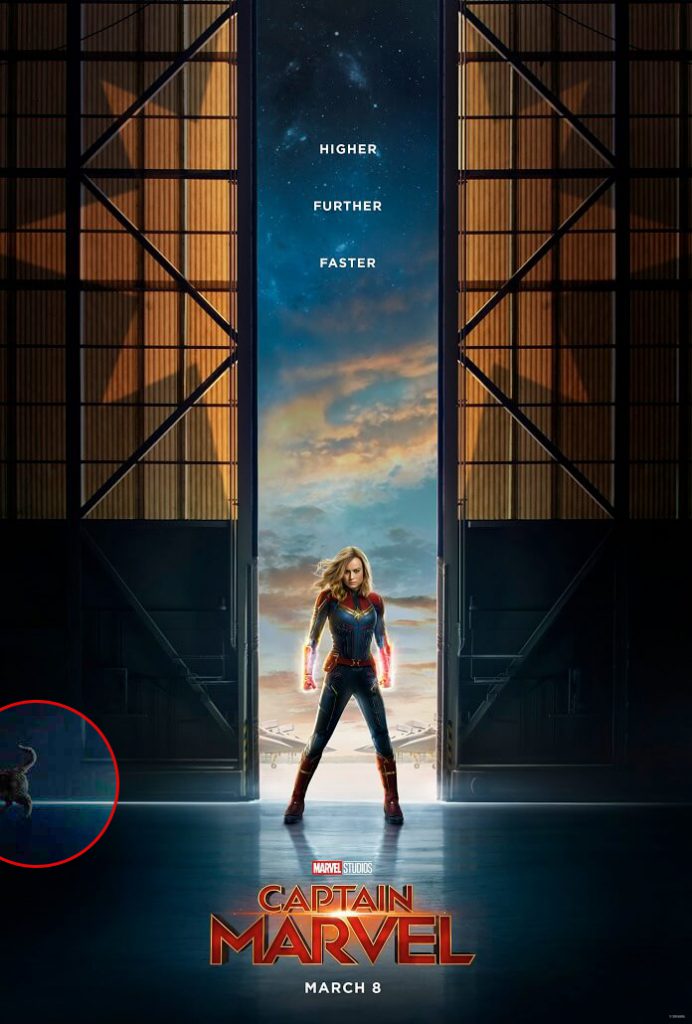 Aside from the basic concepts of the comic, in which airforce pilot Carol Danvers ultimately took up the superhero name after the original  male incarnation died of cancer, very little was known about the story of the film itself. We do know that we’ll see those younger versions of Fury and Phil Coulson (Clark Gregg), the alien Kree forces that we’ve glimpsed in the past, the threat of the shape-shifting Skrulls and Carol Danvers coming to a crossroads in her acceptance of her role as a hero and a defender of more than just the Earth. But apparently this will not be an ‘origin’ story in the traditional sense, so there’s plenty of potential to explore that later (and possibly within her scheduled appearance in next year’s Avengers movie and as the solution to the ‘Thanos’ situation  given that Marvel‘s head honchos say she’s more powerful than any of their heroes to date)

The film also features Jude Law (possibly as the original Mar-Vell?), Gemma Chan, and Ben Mendelsohn with Lee Pace and Djimon Hounsou reprising their earlier roles from the first Guardians of the Galaxy as Ronan and Korath respectively.

Alongside the trailer, a new official poster has also been released which depicts elements of Danvers dual roles – she’s in her Captain Marvel costume but in an aircraft hangar with her emblem on the doors. And look very closely and a cat is disappearing off to the left hand side (as we’ve circled). But is it a cuddly cat… or a sinister skrull?