A computer program designed by CIA analyst Joe Turner (Max Irons) to identify unknown terrorist threats in foreign countries appears to be validated when a team halt and kill a man near a sports-stadium in the US and it is claimed he was going to set off a dirty bomb.  Uncomfortable that his program is being used in an environment it wasn’t meant for and without due process, Joe considers whether he should be using his intuitive skills for such a reason. However the following day his offices are attacked by masked intruders and he barely escapes with his life.

The government and the press seem to think he’s the person who killed his colleagues and now Joe must find out who, how and why he was targeted – as the clock ticks towards an attack that could change world history. Relying on his skills as an analyst and the tricks he’s learned in the CIA, Joe must now avoid capture and discover the truth. But who can he trust and what will the cost be to him and anyone he encounters?

Even with a compelling start guaranteed to draw audiences in to its tale of duplicity and diplomacy, it was easy to underestimate just how good Condor – which finished its ten-episode debut run on AT&T‘s Audience Network this week – was going to be.  An adaptation loosely inspired by the original book by James Grady and the legendary subsequent 1975 film directed by Sydney Pollack, it was likely that the average viewer was either going to go in totally cold, perhaps presuming this was just another Jack Baueresque and Jack Ryanish tale of derring-do or, if old enough, would expect the series to play out like the legendary Redford/Dunaway flick.

In truth, the result was neither… here was a show that came out of the stalls hard and fast and with a checklist of traditional espionage attributes at the ready but then continued to zig and zag in unpredictable ways across the next two months. Far from being merely the expected  Joe Turner-centric story of previous versions, this was a story with many complex supporting characters, their spheres of influence and effect on the fugitive analyst sometimes getting more screen-time in a singular episode than Max Irons himself. Though the overview and scale of the false-flag operation at its heart (which led to the pilot-episode murders of Joe’s colleagues) unfurled over the weeks, it was often difficult to know the true allegiances of friend and foe alike. With a ruthlessness that puts the likes of 24 and Spooks/MI5 to shame, Condor built up supporting characters only to suddenly remove them from the board or reposition them. Anyone going in to the final episode – which was broadcast in America on Wednesday night – could have absolutely no guarantee who would survive to the closing credits… and the episode ‘Mistrust Blossoms‘ lived up to its name with the surprise offing of several significant players.

Max Irons (The Host, The White Queen) has definitely inherited the acting gene from his father Jeremy, but also has the benefit of the strong good looks that Hollywood requires for its leading men. Irons is convincing as a guy with a strong moral code, possibly naïve but aware of it and trying his best not to be compromised in a job and world in which it’s largely inevitable. Over the season we see that idealism being chipped away by a series of tragedies and betrayals and Irons delivers that arc well. The likes of William Hurt, Bob Balaban and Mira Sorvino may have been the veteran names attached at the outset and able to delivery a mixture of somber and menace as required but they often took puppet-master roles rather than being front-and-centre. Brendan Fraser, more known for his mainstream roles in the Mummy movies, was particularly welcome and chilling in his portrayal of a meek middle-management fixer with delusions of grandeur.  When they were there, they brought their full wattage but it is to the credit of Irons, Leem Lubany (reminiscent of a young Jamie Gertz but with MMA skills) as killer Gabrielle Joubert and Absentia‘s Angel Bonanni (as somber, tortured courier Deacon Mailer)  that the younger cast held their own and managed to be worthy of their extended back-stories. The likes of Kristen Hager and Katherine Cunnigham also delivered strong key roles that could have been far less interesting without their strength, presence and acting skills.

The main thrust of the story – the idea of a section of the intelligence service acting to set-off a large-scale atrocity and create the right circumstances to gain funds and representation for their ‘holy war’  – is a timely one and it points to both military, political and moral implications. Some critics have argued it’s a left-leaning narrative, criticising the more hawkish elements at work in the world today, but it’s less judgemental than demanding that the consequences are as analysed as the imperatives. A question mentioned early in the run comes full circle, as noted by Hurt’s CIA vet Bob Partridge. “I once asked you the number of lives that would have to be saved for you to be willing to sacrifice or kill a single human being… You said there was no number and I asked you how you could say that? You said ‘If you can’t pick a number, you can’t lower it…” Both Joe and Bob know that’s now changed.

Yes, there are a few genre tropes, some dramatic flourishes, moments where the complex story got a little too duplicitous for its own good – and for all the shock value of various deaths there were some where survival rested on unlikely luck or unnecessary mercies. But with ten episodes to fill, the pacing, though much slower than expected, rarely gets boring or too superfluous to requirements. Unlike 24, forced to fill twenty-four epsidoes in real-time and inevitably feeling the strain, Condor knew when to tilt towards a side-story and when to veer back into the fast-lane. There’s an argument it could have been a couple of episodes shorter in its run, but what we got was never less than a taut, compelling that can hold its own against its security-clearance peers.

A second season has just been confirmed, welcome news for a show with the only disadvantage it being on a lesser known platform, but – without spoilers – the first season left us in a way that could have been considered a full-stop or a comma as needed, perhaps a little too ‘big-screen epilogue’ in a Bourne kind of way, but at least earned. It did so in a way that was parts satisfying, parts cynical, though some characters still deserve more than they got (in more ways than one). One suspects that may be accounted for by the time its sophomore year finishes… 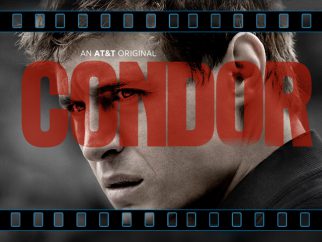