Godzilla's relationship with western cinema is somewhat uneven. Will the next chapter reign supreme?
by admin 23rd July 2018 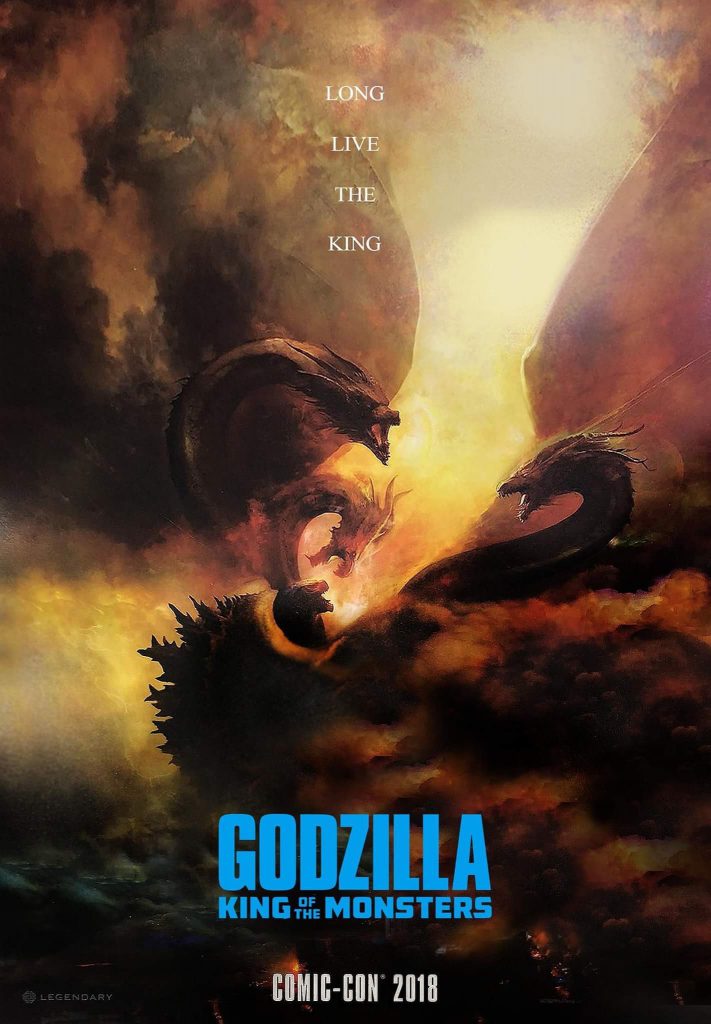 Godzilla has been a mainstay for eastern cinema for decades but his Hollywood vacations have been more problematic. The 1998 version starring Matthew Broderick and Jean Reno promised a croc of epic proportions but turned out to be a crock of something else entirely.

In  2014, Warner Bros. tried to reinvent the franchise once again and though it was commercially more successful – and seen as a possible cornerstone to a new wave of CGI-powered monster movies – it was largely mauled by the critics who felt it was fine on the visuals but squandered some of the biggest names in its ensemble (Spoilers: Juliette Binoche and  Bryan Cranston are written out early in the story in favour of revolving much of the remaining two acts with Aaron Taylor-Johnson and Elizabeth Olsen).  Equally Sally Hawkins (who won an Oscar this year for The Shape of Water) was criminally under-used with barely a handful of lines.  Despite lots of talk about different options and a promise the character would return, it suddenly seemed as if the Godzilla franchise might once again head into limbo.

Four years later the follow-up, Godzilla: King of the Monsters, is finally seeing the light of day with the first full trailer released to the SDCC crowds this weekend. This time the ante has been upped – the world in chaos and some believe that the only hope of salvation lies in the power of Godzilla and a group of other legendary titans such as Mothra, Rodan and King Ghidorah. But will any of these creatures willingly help humanity or will they be the cause of more destruction? And will it be the case that mankind may yet be the biggest monster of them all?

Warner Bros.’s Godzilla: King of the Monsters will stomp into cinemas 22nd March 2019 and a proposed monster-mash of Godzilla Vs King Kong (with Brown  and Chandler also on board and Walking Dead / Black Panther star Danai Gurira rumoured to be involved) is still on track for a May 2020 release.

SDCC: Buffy black from the dead?

SDCC: Will Shyamalan’s ‘Glass’ save or shatter?