By Jupiter (2)! - Another reinvention of the Swiss Family Robinson / Lost in Space template tries to blend the camp and the cosmic... 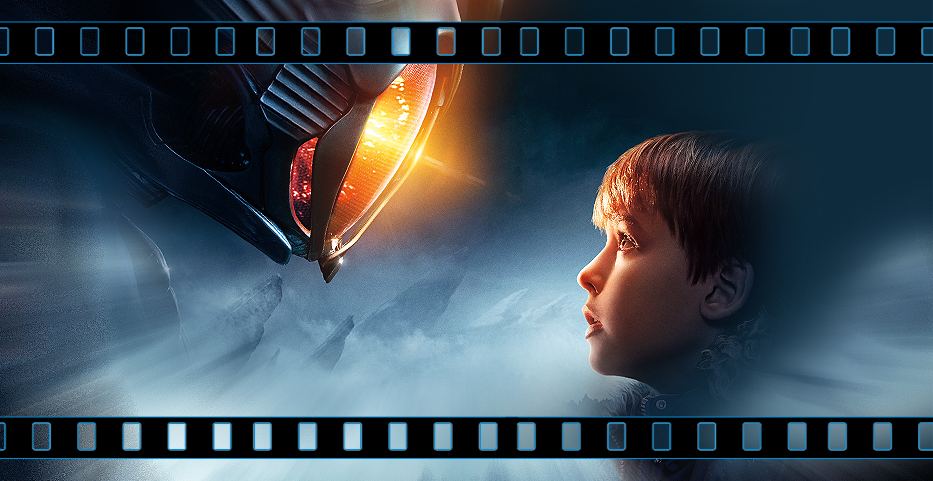 As part of an exodus to another star-system, the Jupiter 2 is a shuttle that abandons a space-station hub but finds itself separated from the other shuttles and one of the few to survive crash-landing on a unclassified, unexplored planet below.  The Jupiter 2’s crew are the Robinsons – John and Maureen and their kids Will, Judy and Penny – a family that excels at problem-solving as long as it’s not solving some of the familiar strains in that familial unit. But they will need all their knowledge and resources to survive the hours ahead. As a sinking ship, hostile atmospheric conditions and a sentient robot all make their presence felt, how could things get worse?

Perhaps the arrivals of other survivors including cocky pilot Don West and the duplicitous ‘Dr. Smith’ might be the answer – or may they be the key to survival?

There’s no arguing that Netflix‘s Lost in Space revamp looks very glossy. A significant investment in time and money shows through in the high definition visual-effects and the production designs: both lean towards the cinematic-colourful and big-screen-stylish. Indeed, the ‘look’ of the show is very much the saving grace for a production that might not be as remarkable if judged on script and acting alone. With effective direction by Dog Soldiers / Game of Thrones helmsman Neil Marshall, the settings look fine. The  design of the Robinson’s ‘Robot’, the original now a truly iconic part of the entire science-fiction genre, was always going to be a cornerstone of the revamp’s design and it’s sufficiently different and well-designed to keep the attention: essentially it’s now an alien warrior, a cross between an insect and the Fury from the Captain Britain comics with questionable programming. The CGI largely convinces and it may well be more interesting to see that character evolve than the development of the Robinsons themselves.

Flying in the face of a recent tendency to go for an immediate dark and gritty remit, this is a sci-fi romp that’s unapologetically writ large, largely consisting of MacGyver-esque problems to overcome, usually through a good education and sheer faith in the family unit. Yes, as things progress there are twistier revelations:  that the Robinsons’ marriage was in trouble (John’s a soldier who has been away from his family too long), technobabble that both illustrates and ignores Chemistry 101,  ominous quotes from Moby Dick… but such potential darkness is pushed to the edges, in view to stir the pot as and when needed and given the occasional nod but largely kept at arms-length.

Stick with it and Lost in Space slowly begins to find itself, though it’s a bumpy ride as we find the crew of the Jupiter ascending and descending from the chaos . If viewers are drawn in and willing to give it a chance, it won’t reinvent the sci-fi experience but it will find the audience it deserves…

The result is a deliberately all-ages endeavour with just enough peril and  broad-stroke story-telling to firmly engage thrusters without boldly going too far from anywhere we’ve gone before. The cast are a collectively perky, attractive ensemble with a combined set of skills that are miraculously convenient for overcoming the obstacles thrown into their path and for learning life-lessons from each other along the way.  There’s a sense here of a clash of tones only narrowly being avoided. On one hand a large part of proceedings are somewhat cheesy and undemanding – a modern-looking romp that takes the flourishes of Avatar and biologically grafts them to the sensibilities of the original 60s show. More demanding audiences will likely appreciate the visual flourishes that surpass the 60s outing and, ironically, better the disappointing 1998 big-screen revamp, but may quickly grow weary of the tone that feels more ‘Disney‘ than dangerous in its first chapter.  However, get through the stardusted shenanigans of the first hour outing and to the final five minutes of the pilot and things do get interesting, with a flashback to the situation that led the Jupiter 2 to be out of control and a casting twist full of devious potential…with a new take on the series original amoral addition, Dr. Smith (complete with a suitable cameo if you’re watching carefully). From thereon out things slowly begin to balance themselves as the mini-series progresses.

Black Sails‘ Toby Stephens seems to welcome the chance to seize a more family-friendly role, though his emasculated military-man role gives him little cause to smile throughout. It’s Molly Parker as wife Maureen who is the glue holding the family together, the true matriarch who has instilled the love of education in her kids but isn’t above weighting the dice in their favour or treating the family like a science department of squinterns if it means keeping the unit together.  The kids are harder to define from the first hour. Maxwell Jenkins is essentially called on to be an adorable, smart but insecure and consistently endangered tyke a la the original Bill Mumy and does perfectly well with what’s asked of him. Taylor Russell (Falling Skies) is the brave but sometimes reckless Judy Robinson, Maureen’s daughter from her first marriage (adding some racial diversity to the otherwise #universesowhite adventure) and is equally imperilled throughout the first hour but resourceful and driven. Mina Sundwall as Penny has less to do in the pilot except be supportive to her siblings though she’s more pro-active in the second hour.  The late addition of Parker Posey into proceedings sees her playing a role that she could have camped up to a high degree but which she plays straight and it will be interesting to see where it takes her and the show. (Ignacio Serricchio as Don West appears in the dying moments of the pilot as well but doesn’t really get to show his worth until the second episode).

Stick with it and Lost in Space slowly begins to find itself – it’s telling the regular ‘credits’ don’t appear until episode three –  though it’s a bumpy ride as we find the crew of the Jupiter ascending and descending from the chaos . If viewers are drawn in and willing to give it a chance, it won’t reinvent the sci-fi experience but it will find the audience it deserves…

Lost in Space is now binge-ready on Netflix… 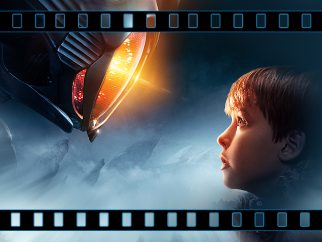