She took her time getting to the screen, but as 'Wonder Woman' hits DVD, was it worth the wait?

For years the island of Themyscira has remained hidden, its population of immortal women living in what appears to be a paradise, but training for the day when, they believe the God of War, Ares, will have to be faced for the sake of all mankind.

Diana (Gal Gadot) , daughter of the island’s ruler, Queen Hippolyta (Connie Nielsen), is eager to train under her aunt Antiope (Robin Wright)  and be at least as good as the other warriors she sees every day. Her mother is less pleased with such a desire because there are secrets concerning their existence and the wielding of the God-killer’ weapon that she has not revealed to Diana.

However matters in the outside world are about to force their hand. The ‘war to end all wars’ is being fought across the world in the early days of the twentieth-century and an American spy Steve Trevor (Chris Pine) is washed up on their shore – closely pursued by his well-armed enemies. The Amazons encounter with these interlopers does not go well, with casualties on both sides, but Diana decides she must accompany the downed pilot back to the world of man.  Because if a war is raging, can a God of War’ be far behind?

It took an age to get here, but earlier this year Wonder Woman finally got the solo outing she long deserved, taking box-office gold and making Tom Cruise want his Mummy. The dramas on screen have almost paled into the years of battles off-screen, so was the final result worth the wait – the answer is yes. It’s not perfect but it IS proof definitive that sometimes the best man for the job is a woman and its release onto DVD and blu-ray can only bolster that success.

Wonder Woman is largely a film with a first and second half and your mileage may vary on which works best in relation to the other. The setting of Themyscira Island is nicely realised: a confident, female-driven society with nary a man in sight until Chris Pine is washed up on the beach (don’t you hate it when that happens?. It’s refreshing to note the testosterone forefront so common in the usual blockbusters isn’t really missed when you have strong and confident women on show. The likes of Robin Wright (of Princess Bride fame, but still a wow with House of Cards) is another prominent player. There’s some interesting, stylish world-building being done here, no real rush into widescreen battle for the sake of it, which is good – though some may wish Diana to get out of training mode and into the outside world sooner.

The colour palette changes the minute that Steve and Diana leave the mystical isle. Wherever the island is located, it’s apparently only a night’s sleep from the shores of the Thames and we’re suddenly shifted from the sunny yellows and warm bronze of Themyscira into the steely cyan hues that seem to paint the mainland DC reality.  There’s some fun to be had before the drama begins again and older action fans will get a warm fuzzy feeling from an alleyway call-back to the Richard Donner Superman film, except here, it’s the lady’s who’s not for turning…

There’s a Saturday-morning adventure vibe, though with a bit more of the occasional gut-punch. However, the DC film universe can’t really help itself and in the closing reel, we do revert to the cosmic big-bad battle where the familiarity of such ‘big-canvas’ battles breeds a little growing contempt. This is no longer a war movie but Clash of the Titans (the remake) rather than War & Peace (the original). What has, until this point, been a reasonably grounded fantasy (as much as one can be) of a stranger in a strange land, becomes the obligatory special effects bout that with deliberate or unintended irony, has little to do with basic humanity and more to do with gigabyte special-effect houses. No spoilers, but the casting of Wonder Woman’s final antagonist reminds me a little of the time Ewan McGregor went up against Gina Carano at the end of Haywire and you’re thinking ‘Really?’ No pixels can quite hide the obvious outcome and one wishes it had been played out like a chess game rather than a wrestling bout. Tom Hiddleston’s Loki would simply be rolling his eyes.

The choreography of the film’s hand-to-hand combat is generally impressive, though it becomes increasingly reliant on wire-work and slow-motion balletic swirls as the film progresses – to varying degrees of success. Gadot’s clearly done the requisite training and glides the fine line between model-looks and genuine athletic ability with aplomb. She was something of an unknown quantity when cast – beating out far more obvious contenders – but she’s proven herself worthy.

Chris Pine – consistently a reliable leading man (Star Trek, Jack Ryan) and a charismatic actor in search of that one film which will catapult him a’high the A-List – has that easy charm we’ve seen him display before and plays it to the hilt. If the story needs a love interest who will ‘teach Diana the ways of the outside world’ then there’s a logic that the job should fall to a distinctly James T Kirk’d, Steve Trevor.

Wonder Woman is directed by Patty Jenkins (who will return for the sequel) and really one shouldn’t have to write about the female-director-makes-female-action hero angle at all… but given the lack of female directors in the business and the long, troubled journey to the screen over the decades, it’s somewhat inevitable that it comes up. Maybe Wonder Woman is an enjoyable movie because it’s directed by a woman and maybe it’s just because it’s well directed. Either way, one hopes Jenkins is back for the now inevitable sequel.

The largely-acknowledged fault-lines of the DC universe eventually struggle to the surface and stop it truly soaring, but what is true is that Wonder Woman made it to the big screen in successful fashion and in doing so empowered a new generation of girls and young women with a portrayal that isn’t bad-girl chic but actually strong-woman wonder. Sure…Black Widow is sexy, Elektra showed ‘sais’ matters and Pfeiffer’s Catwoman put the Pf into feline, but it’s taken seventy years to give us an Amazon role-model. In many ways this is DC/Warner Bros.’ answer to Captain America in tone and execution, but the female of the species has noticeably given us heroine chic to applaud.

Justice League aside, let’s hope we don’t have to wait so long again.

Wonder Woman is released onto DVD and blu-ray this week by Warner Bros. 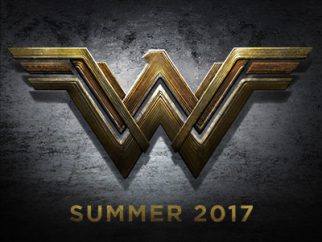