The teaser for the next Lara Croft movie arrives, but not without some comments about its promotional poster... 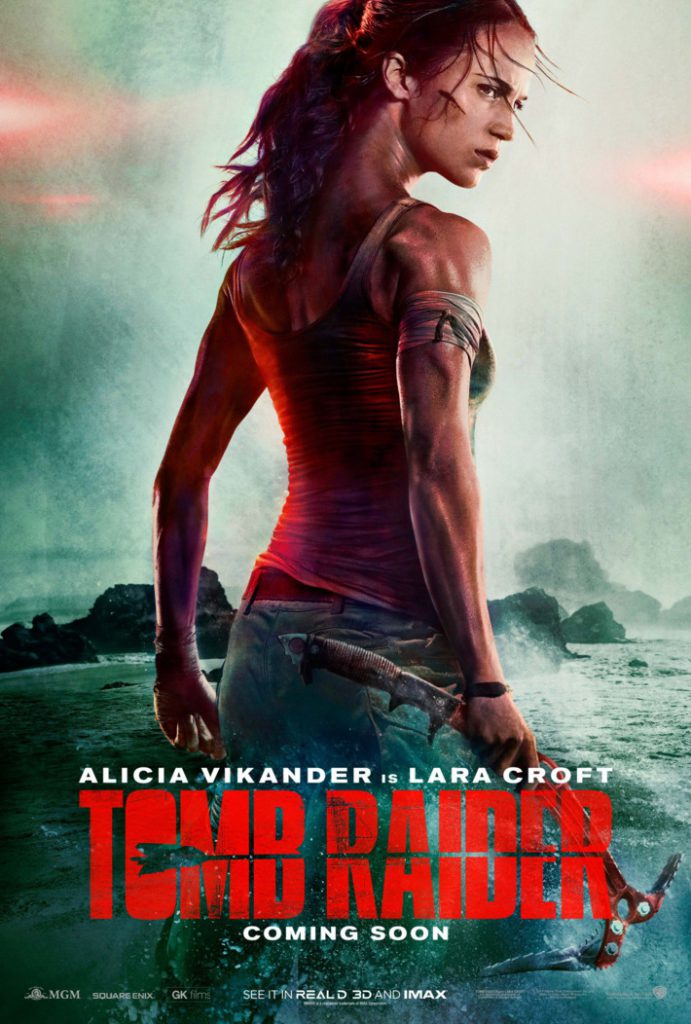 There’s been some controversy about the reboot of the Tomb Raider with Alicia Vikander stepping into the role that Angelina Jolie originally essayed: Lara Croft, the artifact-hunting explorer and hero of plenty a computer game outing.

After a mini-teaser on Monday, the full trailer hit the interwebs on Tuesday before being yanked offline and replaced with a better version a few hours later.

But perhaps the biggest controversy this week is not the trailer – which gives us a predictably action-filled taster of what to expect from the reboot… but that of the poster itself (see opposite).

In an era where many a promotional image draws the criticism of pundits for simplistic photoshop montages, the Tomb Raider poster has incurred some serious wrath for a bizarrely constructed image of Vikander with an impossibly twisted and elongated neck that some have even unfairly compared to a giraffe or brontosaurus.  Certainly whomever designed the poster doesn’t have a degree in anatomy.

The film, directed by the wonderfully-named Roar Uthaug (who also helmed 2015’s The Wave) and co-starring Walton Goggins and Dominic West will arrive in cinemas on 16th March 2018.