Summer tomes and the living (and dying) is far from easy with several new thrillers to keep you occupied before the nights draw in... 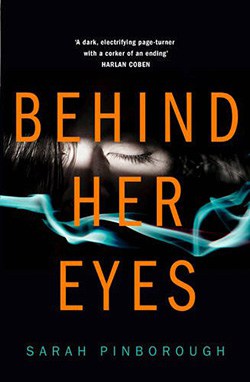 Behind Her Eyes has been getting considerable plaudits over the summer with Sarah Pinborough’s current tome and previous works featuring on many a must-read list. It’s a book that creeps up on you, tapping you on the shoulder and whispering ‘There’s something weird here that you can’t put your finger on yet, isn’t there? Better keep reading…’.

And it’s true. At the very start there’s a sense that you’ve stepped into a minefield located somewhere between Bridget Jones and Gone Girl and that you’re caught in a simple domestic war of he-said/she-said – with the added addition of a third party that makes the moral lines far less distinct. But it would be wrong to describe the book as the ‘chick-lit’ it might first appear, as that little voice in your head keeps reminding you that there are subtle elements in play here that don’t quite fit the template.

Behind Her Eyes is the sort of book that you may not read in one sitting, but one that will likely have you emptying a nice cabernet into a large glass and see you flicking back a few pages here and there to reassure yourself you’re keeping up. It’s a tapestry of possible unreliable narratives and the only danger is whether your sympathies will unravel before the final page or not. Therefore your mileage may vary on its eventual resolution, but its presence on the bestseller lists indicates it’s likely you’ll still be reading… 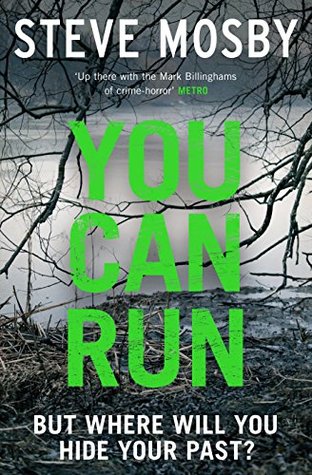 While posting the responsible caveat that I’m related to the author, there’s little doubt that Steve Mosby has enjoyed great success and been cited by some of the UK’s best crime writers as one of their own, an author with a unique style to his mysteries. Steve’s previous works marry the mundane aspect and elements of police-work with the dark and disturbing corners that hint at something far from ordinary. There have, in the past, been brushes with the supernatural, but it’s clear that the attractions here are monsters of the human variety, the failings that keep one awake at night.

You Can Run begins with a prologue, the remembrance of a childhood day that we all have, whatever the particulars of it might be… the one you think of much later after subsequent events and frame accordingly. As always with Steve’s books it’s the calm before the storm, just the faintest of echoes of thunder on the horizon. Before a handful more pages are turned, there’s a crashed car and the house into which it has ploughed coughs up a far more disturbing set of crimes… a captive woman, dead bodies, the apparent den of a serial-murderer known as the Red River Killer.

The book is a standalone thriller but the idea of how a crime affects the people investigating it is familiar territory and the author isn’t about to give up on putting his main cast through the emotional wringer. It’s the ripples from the Red River Killer that provide the interest and whether those the subsequent investigation touches will sink or swim. If you have a constant sense of unease about that investigation and its outcome but keep reading, then Steve has once again done his job… 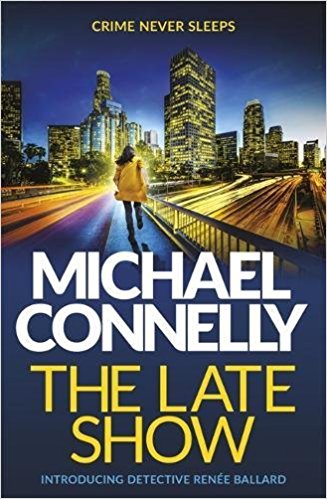 It’s hard to believe, but The Late Show is best-selling author Michael Connelly’s thirtieth novel… and one that foregoes the well-established support structure of his past outings.

Harry Bosch is a character who has built up  loyal following  but Connelly has also established other protagonists. Mickey Haller, the eponymous Lincoln Lawyer in several of his books (and revealed to be Bosch’s half-brother) has been successful and there’s also been outings like Void Moon with erstwhile thief Cassie Black.

But The Late Show is the first book in a long time where the locations are familiar but there is almost no crossover with established characters. Bosch gets the briefest of mentions in the text and that is only to give a quick plug to the Amazon Prime series (The only real criticism of Connelly’s otherwise great writing is the now over-complicated desire to align the screen versions of his characters with those on the printed page by mentioning in-universe adaptations. Once useful, they are now more of a minor distraction).

Renée Ballard is a strong enough character to stand on her own without needing familiar support. She’s a police officer with foibles and drive, sidelined by a sexual-harassment  case that saw her career ‘redirected’ by her boss, the apparent harrasser-in-question. Now shoved over to the ‘late show’ night shift, she’s found two cases that seem to have more questions than answers. One is the assault of a transexual prostitute that nobody seems to want to pursue and the other is a far more high-profile incident that sees a massacre at a local night club – the latter being a case she’s being actively directed to stay clear of. Needless to say, Ballard’s determination sees progress on both fronts, but no shortage of people eager to get in her way.

There’s the same balance of drama and procedural that we’ve seen before, but Connelly finds ever-new ways to shake things up. Ballard  isn’t Bosch and makes very different decisions, though they share a passion for tangible justice for all. We’re likely to see more of her in the future and that’s no bad thing. The author’s  expanding ensemble of law enforcers are entirely readable and relatable it will be interesting to see how Connelly keeps them busy… a new Bosch story is out at the end of October.

All three books are now available from Orion in paperback…