The first season of Netflix's supernatural adventure was a huge success. Prepare to get even 'Stranger'...
by admin 22nd July 2017 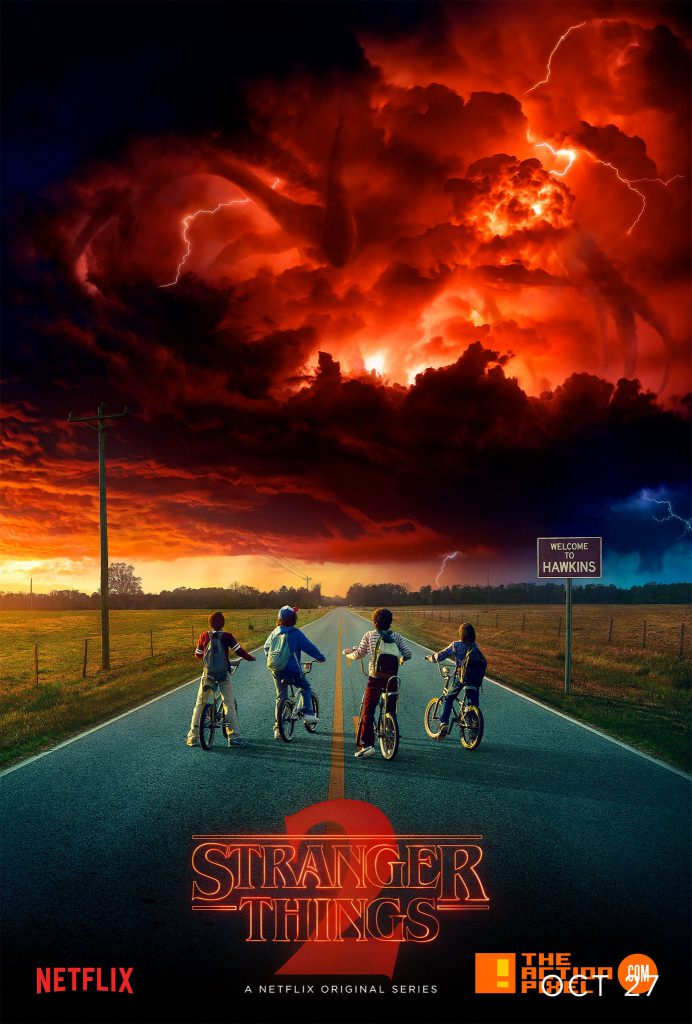 The first season of Netflix‘s Stranger Things was an amazing success – a series that combined a nostalgia trip for adults and a lesson in old-school scares for slightly younger viewers. The 1980s-set supernatural series told the story of a young group of kids in a small rural town called Hawkins trying to solve the mysterious disappearance of their friend and finding a new one in the mysterious ’11’.

Though the likes of Winona Ryder and David Harbour might have been considered the stars in advance, it was the kids that took centre-stage, making instant cult stars of  Gaten Matarazzo, Caleb McLaughlin, Natalie Dyer, Finn Wolfhard, Charlie Heaton, Joe Keery and launching Millie Bobbie Brown (Intruders) into the stratosphere of ‘actresses to watch’. By the time the season was done, there seemed little doubt there’d be a follow-up.

Season 2 arrives on Netflix on 27th October, picking up several months later, but once again using touchstones of the era to define the story-telling. The trailer, launched at SDCC, name-checks Dragon’s Lair, the (then) cutting edge video game, the original Ghostbusters and Michael Jackson’s Thriller.

Most of the original stars are back, but sharp-eyed viewers will see some new, but familiar faces such as Sean Astin (Lord of the Rings) and Sadie Sink (American Odyssey).