The latest Stephen King-inspired mini-series arrives, but 'The Mist' remains foggy with little chance of change...

The town of Bridgeville, Maine has its fair share of triumphs and troubles but as its inhabitants face up to very human dilemmas, something is approaching the town. There’s a mist that is quickly encroaching across the woods and outlier streets and within lies something that doesn’t take too kindly to those that venture within…

Stephen King adaptations are notoriously hit and miss. His narrative style of capturing the pedestrian and the mundane and then pulling out the carpet and plunging the reader into more sinister goings on has given him permanent residence on the best-sellers list and a well-deserved iconic status. But the transfers from printed page to pixel’d screen have produced varying results. The general rule of thumb is that the best ‘horror’ results come from the monsters man can be to each other rather than the truly supernatural boogeymen.

As well as key King cinematic entries such as classics Carrie, The Shining, Stand by Me, The Green Mile, The Shawshank Redemption, Misery etc, there have been mini-series such as The Langoliers, The Stand, The Tommyknockers and Golden Years. Feature films need to distill the central conceit down to two hours and three acts, so one can see the attraction of the mini-series – there’s more time to cover all the angles, develop all characters equally and build momentum. At least, that’s the ideal.  However the result here isn’t quite as positive… instead of a story given extra room to breathe, we get a pilot that feels diluted, apparently as slowly-moving as the titular weather front it depicts and where the real menace is an invasion of tropes and cliches that read like a checklist for existing tv mysteries rather than anything pushing boundaries.

The idea that the titular mist may be a blanket that covers the scenery but simultaneously lifts the veil of secrets that swirl just as coldly around the town, is a rich one and played out with some serious edge and style it could easily have all the ingredients that clearly got it a green-light to begin with. But the series that’s come out of it starts with a weak depression rather than a storming entry.

Under the Dome learned a similar lesson in story-telling aspects of human-nature. The not dissimilar series mined another rich dramatic seam: how do people who don’t like each other react when they’re trapped together: do they unite despite their differences or fracture against each other?  But while that show was meant to be a one season adaptation of another King work,  it was decided to give an open-ended season finale and renew it for another run. Suddenly the mysteries needed expanding, the obstacles became pacing points rather than organic. Like LOST and other shows, the morality tale with fantastical fringing had to make less and less sense as it progressed and made its cast jump through artificial hoops.

There’s nothing inherently wrong with The Mist, but very little right either. With another town-under-siege theme as an excuse for relate-counselling, this feels like a pilot rejected by The CW. Characters are good-looking cookie-cutter archetypes with requisite but inconsistent quirks or relationship. Vikings‘ Alyssa Sutherland is introduced as the edgy teacher  suspended from school for talking about oral sex and yet for every scene thereafter she’s the starchy mother who doesn’t want to let her own daughter Alex (Gus Birney) out of her sight and bristling at husband Kevin (Morgan Spector) for wanting to give Alex more freedom.  Jay Heisel (Luke Cosgrove) is the quarterback Alex has eyes for and who apparently assaults her at the party to which she sneaks out – mere hours after apparently being the only football team member that doesn’t act like a neanderthal to Alex’s flaming goth confidant Adrian Garf (Russell Posner).  That’s not to even get started on the local police (including Jay’s father) who casually rough up the likes of amnesiac drifter Bryan Hunt (Okezie Morro) and overtly snarky drug-addict Mia Lambert (Danica Curcic).

Date-rape, high school rivalry and police-force nepotism may all be viable elements for drama, but there’s not a single role in the collision that doesn’t feel phoned-in or designed by committee. Ultimately this may be being screened on Spike in the US, but it  feels like a story that’s fallen between the cracks of SyFy (dodgy alien monsters on a budget) and Lifetime (all men suck) and trying to please both demographics.

Special effects are at a minimum here… the mist itself has all the threatening impact of rampant cotton wool, though any moments of tension are wisely drawn from ‘we can’t see beyond a few feet and something very bad is out there!‘ There’s a few bots of blood and gore and 15-rated snark, but very little to attract the audience who turned out for the far superior film of the same name a few years ago.

The Mist, by it’s very nature, has potential, but without something more edgy and interesting arriving on its artificial horizon fairly sharpish,  it may turn out that this warm front that will be getting the cold shoulder more quickly than planned.  (Far more interesting is the upcoming Castle Rock series which blends various King creations together into one tapestry…) 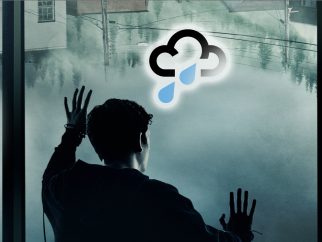