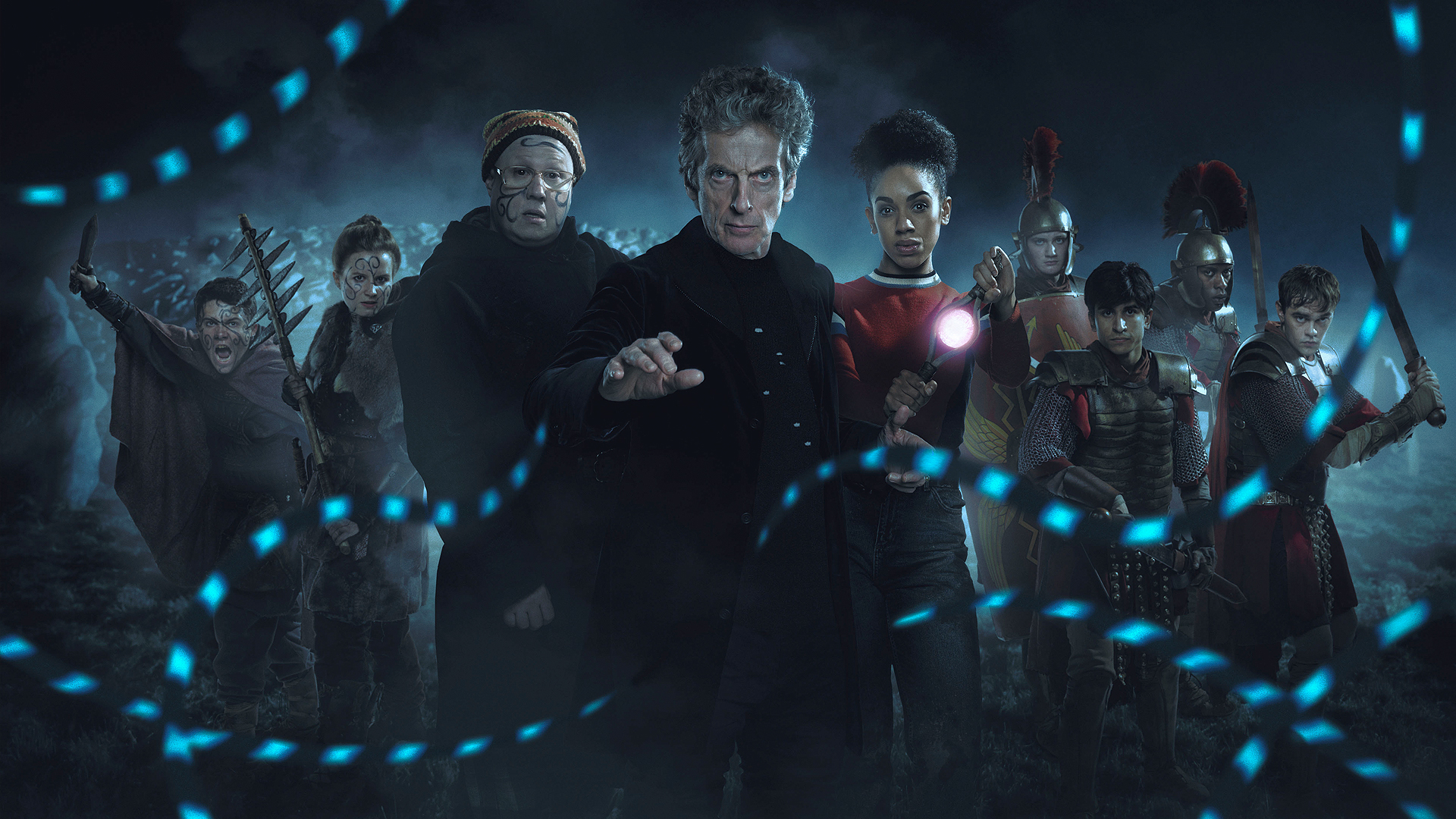 The Doctor attempts to unearth the truth behind an ancient Celtic mystery...
by John Mosby 17th June 2017

Bill is fascinated with the stories of the 9th Roman Legion – a company of soldiers who disappeared in Scotland in the 2nd Century and convinces the Doctor and Nardole to take her to see what really happened. The Doctor is convinced that it’s probably a very mundane mystery – these were turbulent times and the Romans and the pre-Pict tribes engaged in notoriously violent encounters. But if that’s so, where did all the bodies go?

Separated as they search for clues, Bill finds herself facing the Roman survivors of a fateful slaughter and the Doctor and Nardole are taken prisoner by the local Scottish tribe. But the answer to the Celtic mystery and everyone’s survival may lie in a cairn built to hold back a creature from another world… one that has been allowed through at a terrible cost…

Anyone who knows their true Scottish history or has read the classic ‘The Eagle of the Ninth‘ novel by Rosemary Sutcliffe will see how the territory of this real-life mystery is rich for exploring within the show and it’s probably more surprising it’s taken this long to get there. Which makes it a little disappointing that while the result is okay, it doesn’t work quite as well as it should. All the elements are there, but they don’t fit together as well as one might hope. Again, as with other chapters of this most recent run, this feels like old-school Who in presentation – a story template being adhered to even when it doesn’t quite feel as well-paced in a 45-minute format.

The Eaters of Light is penned by Rona Munro, who previously wrote for Sylvester McCoy’s Doctor with the very final story (1989’s Survival) of the classic show’s original run. There are some similar ideas and named characters in this latest and it’s interesting to compare the two given the abyss of time between them.

Fans will likely be divided on certain story elements. Talking crows are largely there for a simple punchline and the story itself feels awkward. It’s possible that Empress of Mars and The Eaters of Light were not initially going to be narratively placed on consecutive Saturdays but it’s unfortunate that the early structure of the episode is so similar to last week’s outing: a modern setting giving a pre-credits element that the rest of the story has to go back in time and explain and also having Bill immediately fall down yet another hole separating her from her companions. The plot needs Bill to be apart from the Doctor, but allowing her to casually head off into dangerous territory (‘you go that way, we’ll go this way‘) seems at odds as to how protective you’d expect the Doctor to be after recent weeks.

Once again, the Missy elements (confined  to the epilogue) resonate well for the future but are so at ninety degrees to the rest of the story that they feel duct-taped to the main proceedings. Nardole’s  attitude to her presence, given that he recently released Missy himself, also seem at odds with continuity and logic, but then again his vacillating stance on the Doctor straying too far from his vault-guarding duties, depending on the needs of the plot, has been notable as well. There’s clearly indications here to make us (want to)  believe that Missy’s attempts to defy her scorpion-like instincts and be good, are genuine, at least in the short-term. If so might that give viewers some clues as to how a relationship with the upcoming  John Simm version of the Master could ultimately play out?

It’s not the strongest of  the current run of stories, though it touches on a lot of what has made Capaldi’s run interesting – his incarnation’s attitude to war, his genuine hope of finding peaceful solutions but a low tolerance for stupidity and stubborness in others (while ignoring it in himself). Equally there’s something notable about the way Capaldi’s Doctor’s willingness to sacrifice or imperil himself here is turned around by the supporting cast who point out that he sometimes has to let others fight the good fight rather than be too willing to fall on his sword / sonic screwdriver.

The Eaters of Light feels like a meal that turns out to be a fast-food taster rather than a banquet, perfectly able to satisfy your hunger for a while but not providing quite the spread it might have done given more time and prep. But it’s the last episode before we head into a very different two-part finale and how much of all this has been prologue and how much has been filler will be an interesting thing to discover…