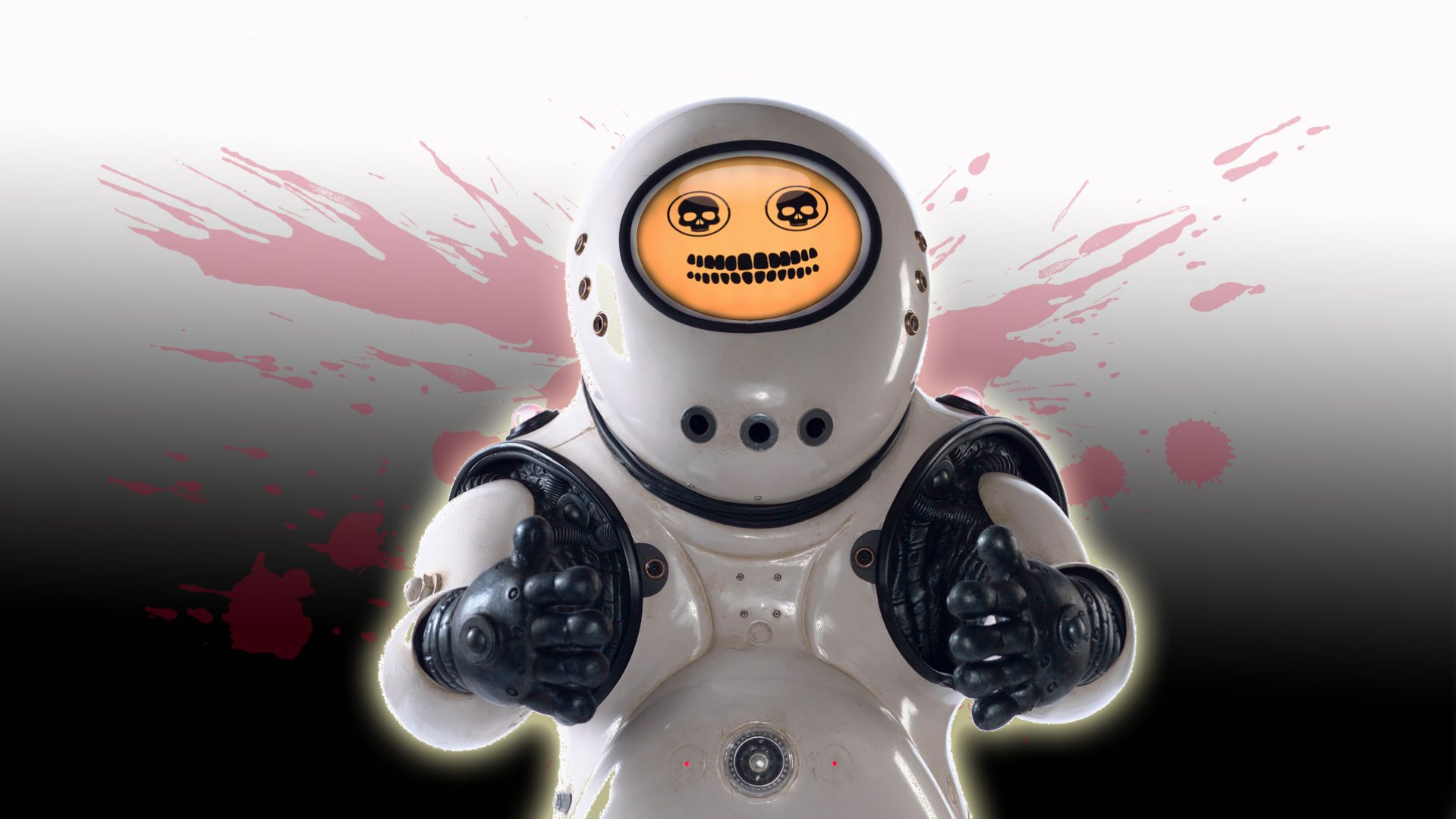 The Doctor may have certain duties and obligations that are keeping him close to Earth and the university in particular, but that doesn’t mean that he can’t take little side-steps… after all, even if you have to stay somewhere, the whole point of having a machine that can travel in time means you can return without ever having left… or that’s the way the Doctor chooses to rationalise his decisions to Bill.

Nardole probably wouldn’t approve of that logic, but if the Doctor isn’t going to mention it, neither will Bill… who instead asks the Time Lord to show her the future.  He whisks her away to a new Earth colony, or at least a building that will be when the rest of the human race finally arrives. The Tardis has brought them there a little early… or is it a little late?

Because as much as the architecture is grand and the shiny robots – with their smiling faces and their emoji-method of communication – seem ready to help, the Doctor can’t help wondering where the advance-party has gone.  It’s enough to make a man with attack-eyebrows frown.

There’s been an informal tradition since Doctor Who returned – not strict but certainly an established pattern – to begin each new season with a basic reintroduction to the basics (especially if there’s a new companion), followed by an off-world adventure, usually in the future (‘see, we can go anywhere in time and space!‘) followed by a period outing (‘and anywhere in the other direction…‘) and so it holds for the 2017 run.

The second story, written by Frank Cottrell-Boyce and simply labelled ‘Smile‘, is an interesting choice, a far more laid-back story, despite its dangers, than the grand, speedy ‘by the seat of our britches‘ tour we got last week. Indeed, this is a relatively slow, walky-and-talky’ episode for much of the first two-thirds: with the Doctor and Bill discussing smaller details of life, the universe and everything. It’s actually in those moments, rather than the ‘tech gone wrong‘ aspects that the episode finds some of its heart(s). Once again Bill is asking all the right questions and Boyce’s script gives us some neat answers – especially a new turn on the notion on exactly why the Time Lord has failed to repair the chameleon-circuit and still has the iconic police-box motif exterior. It’s all about subtext and one of those ‘of course‘ reactions that changes nothing of the mythology but gives it a warm, satisfying extra layer.

Boyce’s last contribution to the series, In Forest of the Night, got a decidedly mixed reaction. In that episode, the world awoke to suddenly found itself over-run by trees and the Doctor was faced with a moral dilemma as well as a problem to solve.  There was a neat conservation message in the story that felt like a fairy-tale for part of its running-time, but the tech-solution execution was somewhat heavy-handed with a denouement that was was SO purely deus ex machina  (or deus ex silvea, if we’re going for the correct Latin?) that an audible groan went up before the closing credits took root.

Smile – going in the opposite direction and into an artificial environment where there’s barely a tree in sight – while being much better, has some of the same specific problems. Visually, the choice to film much of the colony base in Spain’s City of Arts and Sciences complex in Valencia is a masterstroke – a structure that requires only minimal post-production effects to make it feel like a complete off-world experience. The streamlined, if sterile, environment is all at once clean, alien and distinctive and it allows the story to take place in something that could never be achieved in a studio set.

But while the mystery and threat to solve seems truly ‘widescreen’, the eventual solution – which we won’t spoil – does feel as if the writer was once more been more interested in the grand themes of the tale rather than finding an equally epic climax. Instead, with an eye on the clock and a realisation it has to be wrapped up quickly, it’s a disappointingly small-screen solution to proceedings which you’ll likely love or hate. (While there are no real new markers put down for the wider arc, the episode does, at least, deposit us in time and space ready for next week’s adventure…)

Smile works well enough because of its broader ideas, but the important and more memorable heavy-lifting is handled, once again, with aplomb by Capaldi and an increasingly endearing Mackie. We’re only on the second episode and things will need a bigger sense of gravitas in the weeks to come (perhaps linked to the continuing mystery of what lies in the vault below the university, why the Doctor made someone a solemn promise and why he feels able to ‘semantic’ his way around that duty when it suits), but for now, this is still  familiar, rather safe territory and the show gets a ‘hall pass’ until it more firmly establishes its direction and momentum.

A smile then… though a wry and twinkly one, rather than beaming…