Born and raised in the UK, a lifelong fan of Asian films, Leeder has been based in Hong Kong since 1990. In addition to serving as the Far Eastern...
by admin 28th January 2017 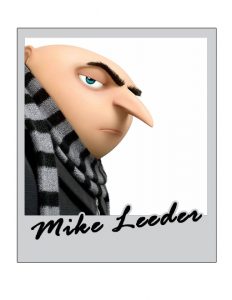 Born and raised in the UK, a lifelong fan of Asian films, Leeder has been based in Hong Kong since 1990. In addition to serving as the Far Eastern Editor of Impact magazine, Leeder continues to contribute to such magazines as Black Belt, Inside Kung Fu, Femme Fatales and many more covering the Asian movie scene. He was also co-writer for 100% Jackie Chan: The Essential Companion, as well as contributing to a number of books on the genre.

He has worked both in front and behind the camera on a number of films and television series in Hong Kong and Asia, and such documentaries as David Carradine: A Martial Arts Journey Sony’s The Art of Action: Martial Arts in Motion Picture (2002), as well as several projects for the Discovery Channel, Channel Four and the Bravo network.

Projects also include Jet Li’s martial arts epic Huo Yuan Jia / Fearless which saw Leeder working both behind the scenes and in front of the camera – as casting director, and on the accompanying documentary The Passion of Martial Arts and as an a actor playing the role of Referee Randall.

On Brett Ratner’s Rush Hour 3, Leeder served as Asian Casting Director working in association with Ronna Kress on the project. Other credits for Leeder include the movie The White Wall, Underground, The Silencer, A New Beginning and many more.

Leeder continues to work as a Producer, Consultant and Casting Director for projects in Asia and internationally