The adaptation of the best-selling murder-mystery commutes to America but may drive you to drink...

Each day Rachel (Emily Blunt) takes the train into New York and back again and each day the train passes the house where she used to live with her ex-husband Tom (Justin Theroux). Her alcoholism and the lack of a longed-for baby appeared to drive them apart and now she sees another woman in that home, Anna (Rebecca Ferguson) who gave Tom the son he wanted.  Already in trouble for harassing Tom and his new family, Rachel tries to divert her attention to the lives of the couple in a home nearby whom she can also see from the train. Though she’s never met them, she  imagines their life as ideal, the perfect relationship that she lost.  But one day she sees the woman, Megan (Haley Bennett) in the arms of another man and it shakes her world-view to its core.

Later, on yet another drinking bender she resolves to get off the train and heads to the avenue where both the houses stand. The following morning she wakes back at her flat, bruised, battered and her clothes covered in blood. And Megan is missing.

Trying to remember the events of that night, Rachel finds herself drawn to help Megan’s husband Scott (Luke Evans) in an effort to solve the mystery of what happened – though she lies to Scott about knowing Megan.  As the police grow more and more suspicious of Rachel’s erratic actions,  she becomes equally determined to uncover the truth – but it will come at a cost.

It may not be that original – there’s undeniable comparisons to be made with last year’s similarly-toned book-to-movie adaptation Gone Girl, echoes of the superior Rear Window and many more obvious examples throughout – but one can applaud the fact that The Girl on the Train is a rare cinematic adaptation: a crime-story that takes its time to set up the story and its main characters’ interweaving situations – rather than rushing in with Hollywood how-why-whodunnit tell-me-now gusto. Less an overt thriller and more a character-study of emotional fault-lines, this a story of how various female characters perceive events and each other. It’s too easy to call this a ‘feminist’ movie, though it’s been labelled as such since its cinematic release, but there is certainly the obviously true factor that it unusually pivots around three women as the key characters (Rachel as spurned wife… her more ‘fertile’ replacement but now bored Anna… and the damaged, haunted Megan who can’t escape her past) and how they exercise their individual strengths and weaknesses. But it’s initially like the titular train – one that conveniently appears to be travelling rather too sedately by the houses in question – a story that isn’t really going as fast as you’d want and the scenery risks being a blur of indistinct repetitive images.

The original best-selling book, by Paula Hawkins, was set in the UK and there’s been some gnashing of teeth in its transplanting from just outside London to just outside NYC. However, in truth, the foliage and place-names don’t alter the story and many of the emotional beats are the same though some of the events are slightly adjusted.  It is on these that it rises and falls. 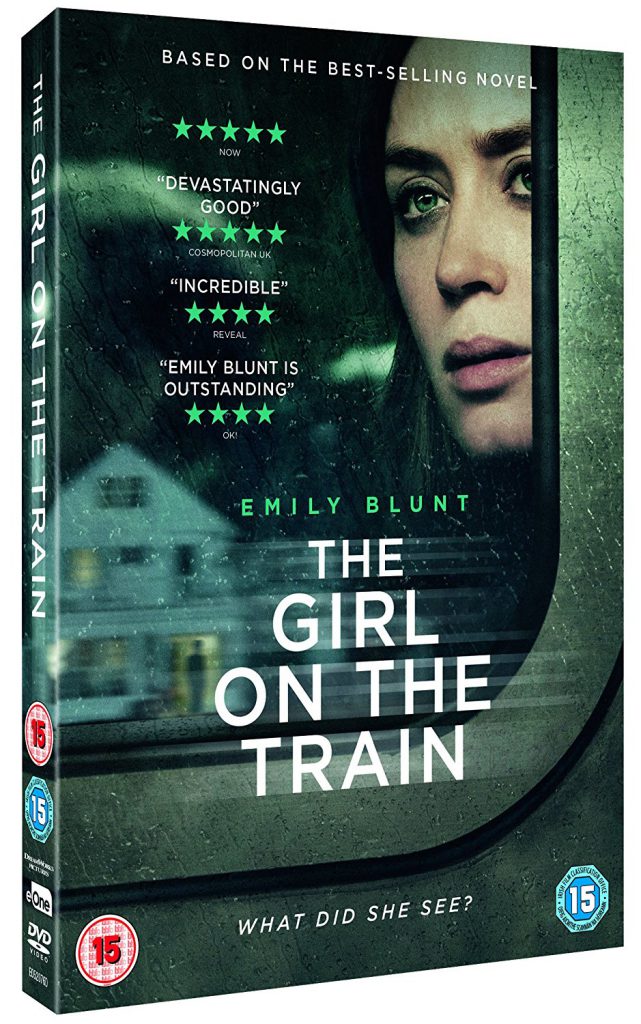 Those wanting a quick-fire thriller or an ‘action’ movie may find themselves disappointed by what first seems to be a long slide into the bottom of a vodka bottle as Emily Blunt’s Rachel vacillates between drunken commutes, alcohol-soaked stumblings, pouting recrimination and self-loathing. You don’t so much sympathise with her as pity her – the person you want to see get their act together but despair as time after time she fails to do so. Performance-wise, it is as admirable as it is effective. The often under-rated Blunt foregoes her usual earthy glamour for the sake of a ‘heroine’ with a broken heart and the loneliest of gazes. She sells each of those desperately sad aspects well, but it’s so relentlessly depressing to watch someone stuck in a destructive cycle that the plot ultimately needs a chaser rather than being on the rocks. Bennett’s Megan is a bored, promiscuous housewife aware of her powerful sexuality but knowing her entire life has been framed by a past tragedy. Bennet (The Magnificent Seven, The Equalizer) gives us another character who is her own worst enemy but evokes more sympathy as those details are revealed.  Rebecca Ferguson’s (Mission Impossible: Rogue Nation, The White Queen) Anna looks like the most resilient of the trio but there are fractures in her own home too and the resentment against Rachel, who seems to continuously hound her husband, seems understandable… even if Anna was happy to play the unapologetic ‘other woman’ for so long and almost prefers that to her current state of motherhood. However, there’s still a real danger that while the women are ‘recognisable’ they are actually more weathered archetypes and for a while those portraits are unflattering. (The most sensible woman in the film is Allison Janney’s detective  – a man in the original book – who grows weary of Rachel’s interference and offers her sage words of wisdom which are largely ignored, for better or worse).

Like leaves on the line there are red-herrings sprinkled on the tracks throughout, but though the men of the film  (Thereoux, Evans, Edgar Ramirez as a conflicted psychiatrist and Darren Goldstein as a suspicious commuter) provide the framework for the women’s actions and reactions, they get even less to do for the most part with even thinner characterisation and more simplistic motives for everything they do.

It’s only in the final third of the film where the fractured pieces of their past start to come together and while your view may differ on whether it was worth waiting for, there’s some satisfaction to be had about the way the story plays out its eventual sleight of hand for all three women and their connected fates. It might not offer great surprises, but it does make you acknowledge that you’ve taken much of the story for granted without asking the very questions you’ve been imploring the characters to voice.

More reliable than the the average commute, The Girl on the Train might not have a dragon tattoo or all the gifts, but its journey to its final destination will probably keep you watching despite delays. 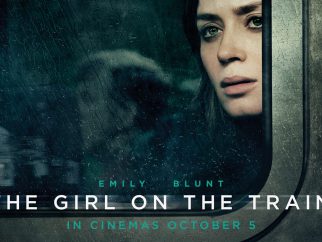