The Netflix / Marvel productions continue as Luke Cage gets his own solo series...

Luke Cage: ex-bar owner, fugitive, sweeper, drink-dispenser and lover of the classics. He may have super-human abilities but he’s more concerned with paying the bills, keeping a roof over his head and only dealing with trouble if it finds him first.

Of course, being Luke Cage, that’s bound to happen and when the worlds of his two jobs collide, he decides  – despite himself – he must take the advice of local barber ‘Pops’ to heart and do something to keep his city and the area of Harlem stay safe from those who are about to make their power-plays. Some of those ne’er-do-wells are amateurs, caught up in bad decisions and simple misguided loyalties… but others are old-hands at such games and they have much more to lose.

Luke Cage might have bullet-proof skin but after his recent encounters with the sleazy and dangerous sides of New York City, courtesy of ex-lover Jessica Jones, he would just as soon keep a low profile, technically still a fugitive. He has other  painful memories: his late wife – killed by Jessica (admittedly under the powerful suggestions of uber-bad-guy Kilgrave) and the feeling that he brings danger to anyone he gets close to.

The first time we see Luke Cage in his own series, he’s neither beating up bad guys nor tending bar (Jessica Jones’ fans may remember the latter went boom during her show). He’s engaged one of two jobs he has, this one: sweeping the floor of a barber shop in Harlem and though Mike Colter as an actor is a strong screen presence, it’s a tribute to the way the scenes are shot and his ability to blend in that it may take you a few moments to even realise he’s in the background.

Frankie Faison is the hair-trimmer owner in question and whose signage declares that ‘Muhammed Ali, Nelson Mandela, Richard Roundtree, Michael Jordan, Al Pacino and Pat Riley don’t pay… everyone else does!’  Action fans will note that like Colter’s character,  Faison has swapped the bar (in Cinemax’s cult hit Banshee for the barber’s shop… though, once again, trouble never seems far behind.

Mahershala Ali plays Cornell Stokes aka ‘Cottonmouth’ with an assured intensity, a night-club owner with his blood-stained fingers in many lucrative pies. On a drug-supply level he has his turf to protect, but he also sees where he can be of use to his cousin Mariah (the ever-watchable Alfre Woodard, technically playing her second ‘Marvel’ role after being seen as ‘Miriam’ in the most recent Captain America outing – though there doesn’t seem to be any conenction) a rising politician who isn’t adverse to criminal activities herself, as long as she has plausible deniability and a good camera-angle. We’re also introduced to detective ‘Misty’ Knight (Simone Missick in fine form) who finds herself investigating the gangland killings while getting much closer to Cage than she should given he’s a suspect and the cynical and sardonic Detective Scarfe (the talented but Frank Whaley)

While ‘Daredevil‘ episodes often point to the seedy underbelly of the city, there is a tone and tempo with ‘Luke Cage‘ that is unapologetic in the way it celebrates Harlem…

There’s fun stuff amid the sturm un drang. Little easter-eggs include Faison’s Pops jokingly calling Cage ‘Power Man’ and a DVD-seller flogging raw footage of Avengers battles – reminders of the bigger world beyond this corner of the Marvel universe.

The team behind the production have noted that every Marvel/Netflix show so far has had its tone and that Luke Cage’s is ‘black’.  That’s a delicate line to walk – one that can trip you up by either coming across as horribly stereotypical and condescending or so specific that it can alienate a wider and more diverse audience (think some of Eddie Murphy’s early 90s feature films as prime examples of losing that balance) . The ‘n’-word is sprinkled throughout, but never with the wanton abandon of a Tarantino flick – it’s used sparingly and always to make a point. Viewing of the pilot defines what the producers mean by their description. While Daredevil episodes often point to the seedy underbelly of the city, there is a tone and tempo with Luke Cage that is unapologetic in the way it celebrates Harlem (including jazz, soul and the sounds of Miles Davis) and it’s a needed counterbalance to some of the opportunistic and less likeable power-play characters and troubles our hero has to eventually face down .

Once again, Neflix and Marvel stride forward in assured form, expanding their universe and joining some dots. Their universe-building, even at street-level- seems bulletproof. 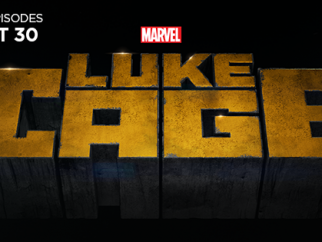