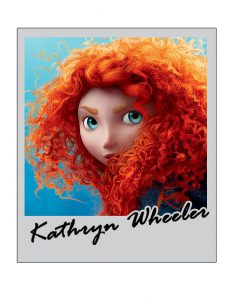 Originally born in Vancouver, Kathryn Wheeler began her career as a writer in the US city of Boston writing reviews for the free local listings magazine  – for which she initially received no money but a large container of popcorn, a fizzy drink and a free seat at her local multiplex every Friday.

A fan of everything except romantic comedies, she  became addicted to popcorn and horror in equal measure. She also took a job as a runner on a local independent movie in 2003 and thus began a parallel career in which she saw the less glamorous but fascinating way films are put together. In the last decade she has risen to become an associate producer on several projects such as the horror parody I, Clawdius and a documentary on the film industry in Vancouver.

She describes herself as a Canadian by attitude,  American by experience and British by comedy-tastes – and divides her time between Manchester, UK and Boston, US. She is married with one dog named Brian and a young son called Skipper. (No. Wait. Strike that. Reverse).

Everybody is Secretly Hoping No Man’s Sky is Awesome